The Emperor Is Wearing Pajamas: The Decline of Dress 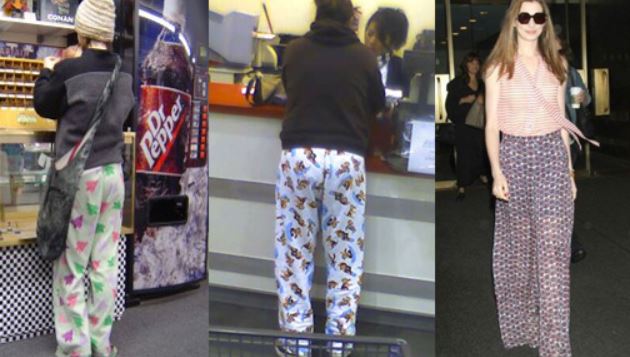 The modern attitude toward dress is that it has little effect on the way people function. In fact, people are advised that the more comfortable they are, the more efficient and happy they will be. People generally respond to such advice by collectively retreating into a shabby array of blue jeans or shorts, T-shirts or sweatshirts, and sneakers. It really does not make any difference what you wear. It is all a matter of personal preference.

Such conclusions do not coincide with those who study attire. They have always affirmed that clothes are more than just covering. What one wears definitely has an effect on what one does or how one performs. Educators notice a change in performance when students wear uniforms. Soldiers fight better when they know how to maintain the sharpness of their dress uniforms. Businessmen get better results when in formal attire. Clothes express one’s personality and individuality; they communicate who the person is.

A recent study co-authored by Prof. Michael Kraus of the Yale School of Management provided a noteworthy proof of the effect of clothes in the business world. He found that wearing clothes of high social status greatly influenced job performance and communicated a note of dominance and mastery to those engaged in negotiations.

Prof. Kraus compared the results of two groups of men, one wearing business suits and dress shoes and another in sweatpants, T-shirts, and plastic sandals. Those in the two groups were told to negotiate the sale of a hypothetical factory and were given leeway to make concessions. The men in suits conceded an average of $860,000 off the list price of the factory as compared with concession of $2.81 million for those in the sweatpants. The researchers found that those better-dressed behaved with more control; they elicited more respect and exuded more confidence.

Similar results were reported in a study last year in the journal Social Psychological and Personality Science. People in formal business attire proved more capable of high levels of abstract thinking. They tended to see the big picture more easily than casual dressers. This made them more successful in their business decisions since they did not get bogged down in useless detail.

The moral of the story is not that everyone should always wear formal business attire on all occasions. The real moral is that each type of clothing is suited for a purpose for which it is designed. Sweat-panted executives and suited runners are signs of a world gone awry. When people ignore purpose in clothes, it has consequences.

Everyone knows that clothes make a difference. The evidence is irrefutable. Yet so many bizarre fashions still dominate.

Part of the blame for this disregard of function in clothes can be laid on the fashion world. Designers make it a point to overturn every taboo and convention in their search for novelty, excitement, and frivolity. The fashion world creates great pressure on people to follow the fads or else be ostracized.

The result is fashions that contradict common sense. In what might be called the frenetic intemperance of wearing whatever fashion dictates, there is a callous disregard for function in clothes. It leads to a corresponding desire to destroy propriety and modesty. People become self-absorbed by their own comfort and unconcerned about how they might appear to others.

To cite yet one more example, there is a new high fashion trend now invading public spaces and social life. It is the wearing of pajamas as a form of social attire. Man-style bottom and top pajamas are finding their way into places outside the bedroom. Fashion houses are now selling out of designer pajamas made to replace evening gowns and cocktail dresses at formal social gatherings. Well-known celebrities have been appearing publicly in pajamas and even bedroom slippers to give yet more prestige to the trend.

The problem is pajamas look like… well, pajamas. They project the untidy image of people who are ready for sleep or who have just awoken. Pajamas presuppose an intimacy with loved ones that cannot be shared by the general public. But the fashion world has decreed that pajamas are chic, and people must therefore obey.

Even the fashion designers have a hard time overcoming the bizarreness of sleepwear in the public square. They recommend that their striped pajamas be paired with other fashion accessories like dressy shoes, belts or blazers, perhaps to blunt the shocking impression of one being a prison escapee. Pajama pants on the street are marketed as “sleep pants,” so as to appear more like a distant and laid-back cousin of sweat pants. Designers admit that daytime pajamas represent a “rebellious spirit” that is not for the faint-hearted.

All this is part of a general disorder in fashion in which suits are belittled and pajamas exalted. A day will come when people will be freed from the chains of the fashionistas. When that return to order happens, people will dress once again with purpose, modesty and beauty. Until then, people will continue to appear in an embarrassing and bizarre array of clothes (or lack of clothes), awaiting the eureka moment when some innocent child will cry: The emperor is wearing the wrong clothes!