Searching for a Political Jesus 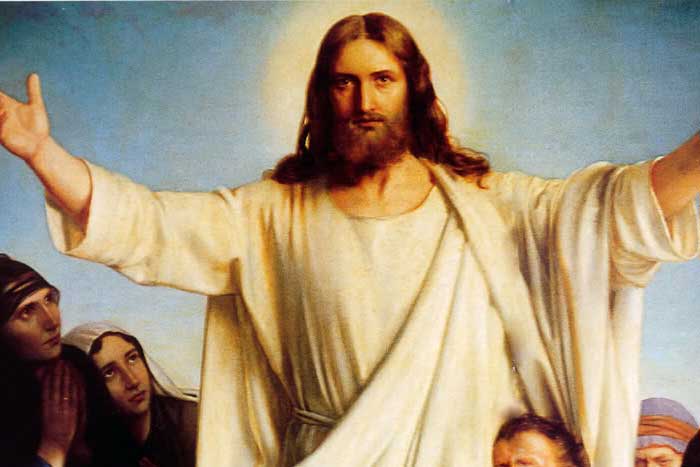 Let us pretend for a moment that the government could provide for your every material need without causing an undue or negative impact on others. Yes, impossible, but let’s go with it.

A political Jesus has been elected. Imagine your house is paid for, your food is provided, transportation is covered, clothing is not a worry, health care is free, education is a right, and all the other material needs you can imagine are covered by a benevolent government. Will you be happy then? Will you be at peace?

Quite often when comparisons are made of different countries, a happiness index is used. Scandinavian countries, with high levels of government programs for all, often rank as the “happiest”. The idea is that if one’s material well-being is provided for by government, that you will be happy.

As the New York Post points out many of those “happy” countries have measurements that might actually indicate a deep unhappiness:

“Visitors say Danes are joyless to be around. Denmark suffers from high rates of alcoholism. In its use of antidepressants it ranks fourth in the world. (Its fellow Nordics the Icelanders are in front by a wide margin.) Some 5 percent of Danish men have had sex with an animal. Denmark’s productivity is in decline, its workers put in only 28 hours a week, and everybody you meet seems to have a government job. Oh, and as The Telegraph put it, it’s ‘the cancer capital of the world.’

Finland, which tops the charts in many surveys (they’re the least corrupt people on Earth, its per-capita income is the highest in Western Europe and Helsinki often tops polls of the best cities), is also a leader in categories like alcoholism, murder (highest rate in Western Europe), suicide and antidepressant usage.

… Although their overall alcohol consumption is near the European average, they binge-drink more than almost any other country on the continent. Booze-related disease is the leading cause of death for Finnish men, and second for women.

The suicide rate is 50 percent higher than in the US and more than double the UK rate.”

What is happiness? And just because someone says they’re happy, are they?

The assumption that if we are materially provided for we will be happy and at peace discounts the spiritual side of man. There are plenty of wealthy individuals around the world who are profoundly miserable while there are also plenty in poverty who are profoundly at peace. Many gain the world, but lose their souls.

Government certainly has a role and a purpose in the maintenance of a just society. And there are certainly many bad laws on the books that are causing jobs to be shipped overseas, raising health care costs, devaluing our currency, burying students in debt, etc. And elected leaders do need to grapple with these things.