Now Schools are Testing Students on Their Emotional Skills?!? 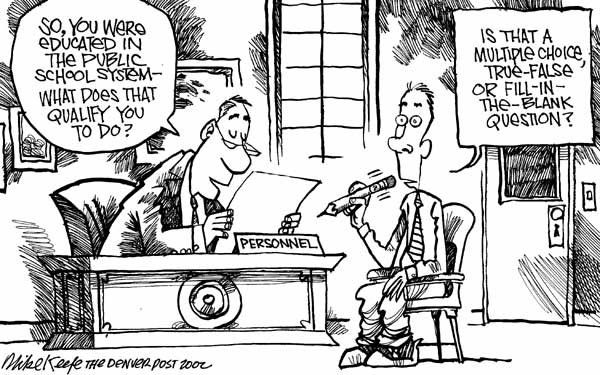 Since there haven’t been enough problems already with testing in schools, schools in California will begin testing students’ “social-emotional skills” this year, says the New York Times. National and international standardized tests are moving toward the same practice.

According to the article, the social-emotional skills schools are looking for are things like joy, “grit” (a buzzword right now), self-control, conscientiousness, empathy, and perseverance.

How can you possibly test for those qualities in a standardized, affordable, logistically-possible way, you might ask? The answer is: You can’t.

Angela Duckworth, a MacArthur Fellow who has helped popularize an emphasis on social-emotional skills, resigned her position on the board overseeing the project in California:

“‘I do not think we should be doing this; it is a bad idea,’ said Angela…

Last spring, after attending a White House meeting on measuring social-emotional skills, she and a colleague wrote a paper warning that there were no reliable ways to do so. ‘Our working title was all measures suck, and they all suck in their own way,’ she said.”

And she isn’t the only one who thinks so:

“‘There are so many ways to do this wrong,’ said Camille A. Farrington, a researcher at the University of Chicago who is working with a network of schools across the country to measure the development of social-emotional skills. ‘In education, we have a great track record of finding the wrong way to do stuff.’”

Proponents hope that the focus on these skills in school will help give a picture of the whole child instead of just his or her test scores. But then why on earth reduce the measure of those skills to a test?