How the Islamic State is Using Schools to Indoctrinate Children 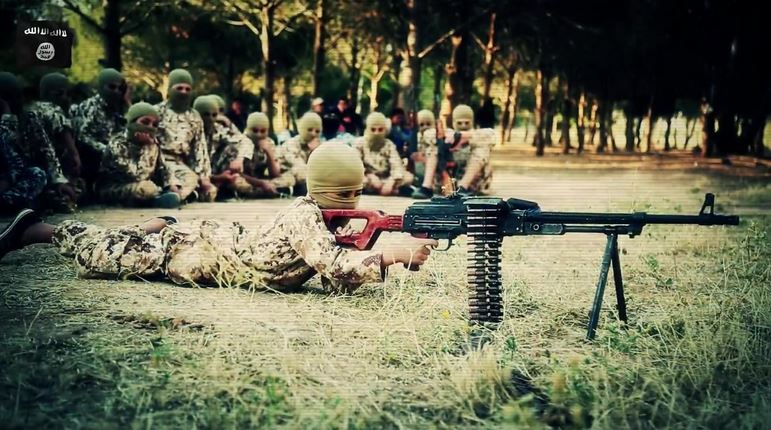 The idea of children being indoctrinated through education is repugnant to most Americans. But in the Islamic State, it’s a normal part of life in schools, as a new report from The Quilliam Foundation shows.

Entitled The Children of Islamic State, the report studied the use of children in Islamic propaganda between August 2015 and early February 2016. The propaganda shows that children are in high demand as Islamic fighters, and increasingly play roles as soldiers, suicide bombers, executioners, and are exposed to many other acts of violence.

Unfortunate numbers of these children are recruited through kidnapping and coercion, but an alarming number of them fight willingly for the Islamic State, having been trained from a young age of the glories of fighting for Allah:

“[In Islamic State]-controlled areas, school attendance is compulsory for all children. Home schooling has been declared haram (forbidden) because IS authorities are unable to monitor and control the child’s education. These rules are strictly enforced; United Nations investigators received a number of reports of IS killing educators for refusing to teach its curricula. For example, four teachers were abducted from a high school in Mosul in January 2015 for opposing IS, and on 30 March a primary school teacher was executed for criticizing the group in Tal Afar.

The content of the curriculum is similarly restricted, especially compared with the pre-Islamic State curricula in Iraq and Syria, and compared to what is normally studied in the West. Subjects such as drawing, music, nationalism, history, philosophy and social studies have all been removed. Instead, they have been replaced with Qur’an memorisation, tawheed (monotheism), fiqh (jurisprudence), salat (prayer), aqeeda (creed), Hadith, and Sura (life of Muhammad). Some subjects have been limited, for example, one Geography textbook only names continents, and a History textbook only teaches Islamic History. Physical Education has been renamed ‘Jihadi Training’, and includes shooting, swimming, and wrestling. The Physical Education textbook includes workout routines, as well as a section on weaponry that teaches various parts of history, assembly, firing, and instructions on cleaning and storage of light weapons.”

According to the report, such practices are similar to those employed in Nazi Germany before and during World War II, which, not surprisingly, caused great psychological harm to the children in later years.

Do you think American students today are more insulated from indoctrination in their schools? Or, are they merely subjected to a different, less-religious form of indoctrination?