Female Reporter Asks: “Is It Just Me, or Have Men Gotten Really Soft?” 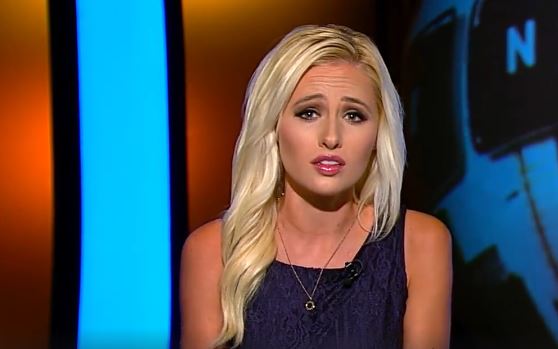 Last week, Tomi Lahren, a 23-year-old political commentator for The Blaze, ended her show by raising the following question:

“Is it just me, or have men gotten really soft these days?”

“This has nothing to do with sexuality. It has to do with the helplessness of today’s young men. It seems few can change a light bulb let alone fix a flat tire or change oil, and that makes for pretty slim pickings for the females out there looking for a match.

Jewelry is all but dead, and so is manliness. And by the way, wearing a flannel shirt and having a beard doesn’t make you a man if you still can’t change a tire and are scared of the dark.

So whose fault is it? Is it our fault, ladies? Are we getting too strong? Nah, I don’t buy that. See, a real man knows how to handle a strong woman, so this isn’t our problem. Maybe it’s the way boys are raised these days: fatherless homes and no male role models. It’s hard to learn how to be a man with no man around.”

In closing she offers this recommendation to parents:

“Please teach your sons to be men, because the women of the world are tired of the boys.”

The tendency of many might be to dismiss Lahren for some of her simplistic gender caricatures and, let’s be honest, because she works for The Blaze. But her general point found a sympathizer on the other side of the political spectrum in the Telegraph’s Jonathan Wells, who agreed that “Masculinity, to all intents and purposes, has lost its edge.” At the same time, he offered an interesting qualification of Lahren’s gripes:?

“Lahren is living proof that women have broken free from the ascriptive restrictions of gender – but so have men. Fathers are progressively taking a more active role in child-rearing, husbands are tackling more typically feminine chores such as cooking and laundry, and sons are being raised in a world where they’re told it’s socially acceptable to enjoy both football and Love, Actually.

Over and over again, men have been chastised by women for not being ‘in touch with our emotions’ or unable to ‘open up’ in relationships. But the first generation to take the emotional plunge is now forced to endure endless whining from women who complain that we’re not the strong archetypes of masculinity they still seem to think they’re entitled to.

It’s a classic case of wanting your cake and eating it. Womenkind can’t have it both ways, and now they’re second-guessing their decision to encourage the sentimental, emotionally-aware man, it’s too late. The floodgates have opened, and a torrent of manbags, male grooming products and ‘feelings’ has washed away any remaining vestiges of traditional manliness.”

At present, the ideology that gender is purely a construct is continuing to gain force—in the media, in the education system, and in our laws. But could it be that most people are not quite ready to face all of the implications of that ideology?