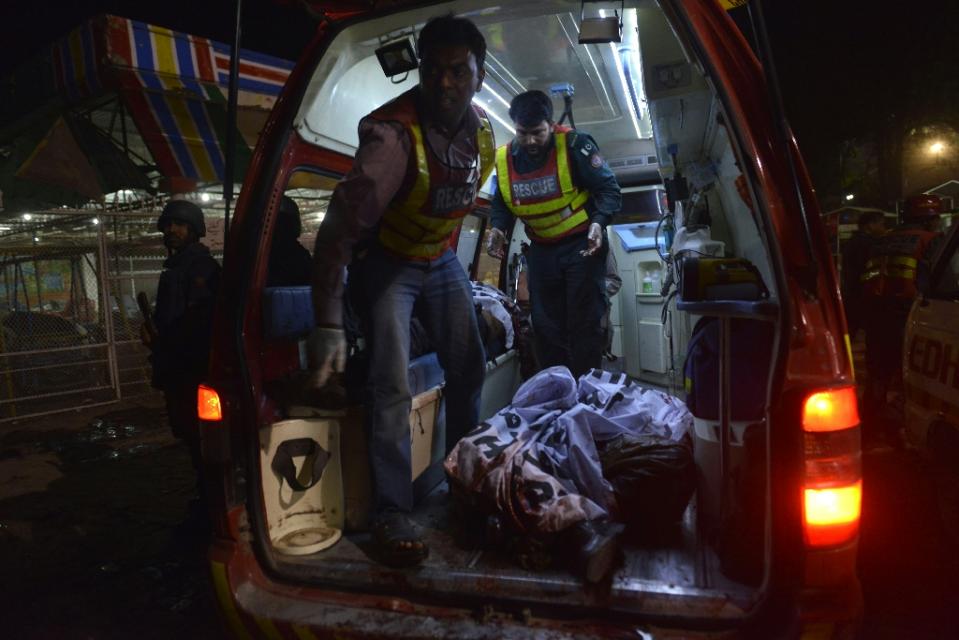 As of March 28, 2016, the death toll in the March 22 Brussels terrorist attacks was 35. More than 300 people were wounded in the bombings. The attacks shocked the world.

Less than a week later, on March 27, there was an Easter Sunday bombing of Christians gathered in a park in the Lahore area of Pakistan. The death toll was more than twice that of the Brussels attacks and included many children. Here are some details:

“72 people have been killed and over 340 injured in a blast in Gulshan-e-Iqbal Park, in Iqbal Town area of Lahore on Sunday. Tehrik-e-Taliban Pakistan’s (TTP) faction Jamaat-ul-Ahraar has claimed responsibility for the attack.

The sound of the blast was heard around 6:30 pm, with rescue teams dispatched to the site. These included 23 ambulances and rescue vehicles.

According to reports the blast took place a few metres away from the children’s swings. The authorities escorted people out of the park, which is one of the busiest recreational spots in the area.

Jamaat-ul-Ahrar said the group targeted Christians who were celebrating Easter at the park.”

Can you imagine the outcry if the attacks in Brussels took place at a playground or fair filled with children instead of an airport and a metro station? And, yet, such a thing happened on Easter and there is little coverage or discussion of the massacre.

The quick answer for some would likely be racism. Perhaps. Though one might wonder, too, if it is actually not racism per se, but rather cultural identity. Racism would be the prejudgment of individuals based on their race, with the belief that some races are superior to others. Cultural or even racial identity isn’t quite the same.

It may very well be that as major media is dominated by the West that American and European media leaders and their audiences simply relate more to what happens to them than what happens “over there”. Again, that’s not racism, but a measurement of empathy. Understandably, one is probably more likely to have empathy for those one can identify with most. Additionally, it may be that Americans and Europeans are jaded when it comes to violence in various areas of the Middle East, central Asia, and much of Africa.

Do we expect violence there while not here? If so, now that such violence is on our soil, will we have more sympathy for those who have been terrorized by bombings for many decades? Or will we become numb to it, even here?