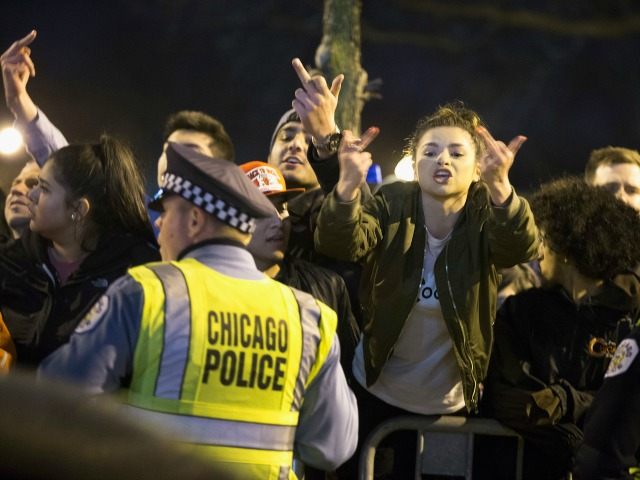 As we know now, Donald Trump dominated the Republican electoral competitions on March 15, taking Florida, Missouri, Illinois, and North Carolina. On Friday, March 11, the nation watched as a coalition of different Left-leaning groups descended upon a Trump rally in Chicago and effectively shut it down through disruptions and protests.

The question going into the March 15 primaries was what role those protests would have on voting. Interestingly, Monmouth University released its poll on March 14 that revealed that showed respondents were actually more likely to vote for Trump after the protests than before.

“The three trailing candidates all called out the frontrunner after violence broke out at a planned Trump rally in Chicago Friday night. Poll respondents interviewed on Saturday and Sunday were asked how that incident affected their vote intentions. Most (66%) say it had no impact on their support. However, twice as many said it made them more likely (22%) rather than less likely (11%) to support Trump. Additionally, Monmouth pollsters found that Trump’s lead in Florida increased with each night of interviewing, although it is not clear whether this was directly related to the events in Chicago or other factors in the campaign’s final days, such as advertising.”

Here’s the poll question and data:

If the protesters and their violence actually drove people to vote for Trump, there’s some delicious irony there. With images such as these combined with the general demographics of Trump supporters, should we really be that surprised?

If the protesters’ goal was to dissuade people from voting for Trump, it appears they may have failed tremendously. Like the Washington elite, they too may have misread the mood of many Americans.