Blame Terrorism On Engineers and Conservatives? 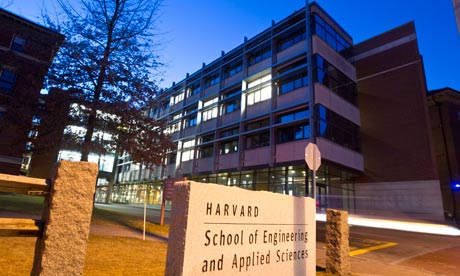 Apparently, we’ve been missing the secret decoder ring that would reveal the true psychological profile of Islamic terrorists. It’s not really Islam, or even a propensity for mayhem.

It’s the need for “cognitive closure.”

That habit of mind, along with others that psychologists closely associate with it, gives us the key clue—at least according to a recent article in The Chronicle of Higher Education.

As reporter Dan Berrett acknowledges, “Researchers have long noticed that an oddly large number of jihadists have engineering backgrounds.” As an avid follower of current events, I had noticed it too. But I never thought that suggested anything morally or spiritually defective about being the sort of person who studies at an engineering school. I just figured that guys who studied engineering are likely to be far more able to build a bomb from scratch than other intelligent people. If you want to be a jihadi anyhow, skills like that are quite useful indeed.

But that explanation doesn’t seem to carry much weight with researchers Diego Gambetta and Steffen Hertog, whose new book Engineers of Jihad: The Curious Connection Between Violent Extremism and Education (Princeton University Press), has an ideologically sharper-edged explanation:

“They focused on three traits. One is the need for cognitive closure, or a preference for order and distaste for ambiguity. Scholars like John T. Jost, Arie W. Kruglanski, and Jonathan Haidt have documented high levels of this trait among politically conservative voters. These groups, Gambetta and Hertog write, also have two other tendencies: They accept prevailing hierarchies and, when confronted with the unfamiliar, they experience high levels of disgust. The authors observe that these traits are also central to radical Islamist ideology. Did engineers have them, too?”

It turns out that the answer is yes, in the sense that the incidence of such traits among engineers is “statistically significant.” That means that their incidence among engineers and students of engineering is higher than in the general population, and higher enough to go beyond the normal margin of survey error one can expect in a sample of the size they studied.

The Chronicle story I’ve linked to does a good job of introducing the various qualifications and nuances that the researchers and their peers want to include. But the upshot is unmistakable: The mental traits that cause some men to take to engineering is typical of “religious extremists” in particular and, in turn, is a large subset of traits typifying “political conservatives” in general.

Gambetta and Hertog don’t quite make conservatives guilty by association with terrorism. But they don’t have to. Results like theirs simply confirm the prejudices of their mostly left-leaning colleagues about the moral quality of those on the other side of the political spectrum.

That alone should make us take their results with a large grain of salt.