Are There ‘Moral Absolutes’? 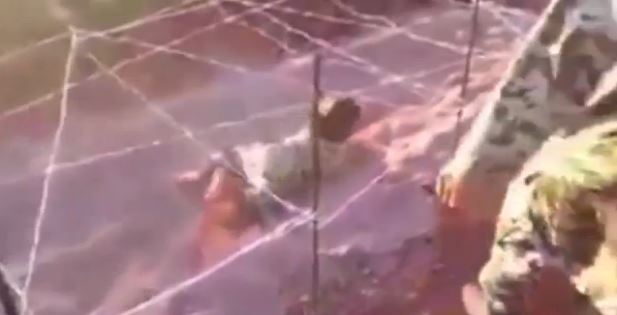 In a post last weekend, I argued that teleological moral theory, while understandably popular, falls short in two ways: It asks us to play God, and would license any horrible act when that would seem to contribute to overall human well-being.

Broadly speaking, deontological theories entail that certain duties and prohibitions are absolute. Some things we ought to do, and others we ought never to do, no matter what the consequences. An oft-used example of the latter is torturing babies. Everybody agrees that would be a horrible thing to do, and most of us can’t imagine a scenario in which it would be the right thing to do.

Even so, a consequentialist would say that it could be the right thing in extreme circumstances. If a terrorist leader threatened, credibly, to massacre an entire village unless you tortured a baby there to death—perhaps as an example to others—what would you do? You might or might not be able to do it, but a strictly teleological ethic makes doing it quite conceivable. After all, sacrificing one person for the sake of the collective is far from unknown (cf. John 11:50).

A deontologist would say you should not, even if the terrorist goes on to massacre the village. But why?

Older forms of deontology would say: Because God forbids it. Philosophers call that “divine-command theory.” We must do as God commands because divine commands are absolute.

But that approach is hobbled by a difficulty that philosophers call “the Euthyphro dilemma,” after a dialogue by Plato of that name. On the one hand, if the difference between right and wrong is determined solely by divine will, then right and wrong could just as well be the opposite of what they are, if the deity were so to decree. That seems completely arbitrary. On the other hand, if the deity commands what’s right and forbids what’s wrong by some standard other than its will, then the divine will does not determine the difference—and we’re back to square one, wondering how to tell the difference.

With that in mind, modern versions of deontology tend to derive absolute duties and prohibitions just from the pattern of “practical reasoning” itself—i.e., how people think about what to do. The greatest exemplar of that approach was the 18th-century German philosopher Immanuel Kant. He formulated an über-rule called “the categorical imperative,” which actually has several different formulations even in his work. One formulation it that you must always act as if the norm you are following can qualify as “a universal law.” Another says that you must always treat persons “as ends, not merely as means.” Kant thought that such formulations characterize human practical reasoning and were logically equivalent to each other.

That kind of deontology still appeals to some quite thoughtful people. And it has two advantages: avoiding the Euthyphro dilemma, and explaining the sense many of us have that there are certain terrible things one may never do (such as torturing babies) because they violate basic human rights that derive just from what reason tells us persons owe each other.

But that doesn’t seem to have much to do with happiness, does it? And happiness is quite a reasonable thing for us all to aim for. So deontology alone seems incomplete.

Image: Child being shot at in ISIS training camp/Mirror