A Convincing Case for Saying ‘Y’all’? 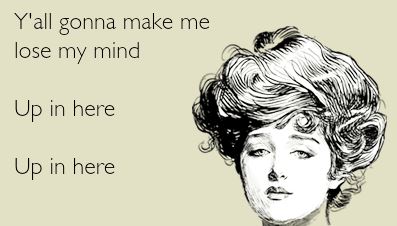 Grammarians and lovers of the English language will either be intrigued or horrified by a recent piece for The Atlantic. In it, writer Vann R. Newkirk II makes the case that “y’all” NEEDS to be adopted into common usage beyond the American south.

Newkirk points out that there are “no distinct second-person plural pronouns in modern standard English,” which has left the word “you” doing double duty. “You” can refer to one person or a group of persons, but it can be hard to tell which it is meant to do in certain situations:

“Anyone who’s used English in any capacity knows that ‘you’ is a sorry excuse for a plural pronoun. Imagine the confusion of walking into a crowded room and yelling, ‘You need to listen up!’ Who would everyone assume you were referring to? How could they tell? It’s rare to find a scenario in which a person is clearly addressing a group of people that doesn’t include an implied qualifier (as in, in the context of a speech) or an unnecessarily long explicit qualifier (‘you all’) to specify that ‘you’ is doing the duty that it has been assigned as a plural pronoun. This is some terribly inefficient language, and it’s high time for a fix. It’s time for ‘y’all.’”

Newkirk fully acknowledges that there are other alternatives—“you guys” being prominent among them—but dismisses each in turn for their general inferiority to y’all. Y’all is the clear winner in his opinion:

“Which is why we need ‘y’all.’ It doesn’t suffer from having the gender implications or general lameness of ‘you guys.’ It sounds elegant, warm, and inviting. It offers both economy and an end to second-person ambiguity. Teach it in schools across the country. Mouth it to babies. Put it on end-of-grade tests. With respect to ‘youse,’ ‘yinz,’ and ‘you-uns,’ its lesser-known cousins, ‘y’all’ is the most widely practiced of the options and could be the easiest to implement.”

While y’all might serve a much-needed purpose in our language, and have a certain ring to it, it’s cringingly uncomfortable for most non-southerners to say. It would take a hefty, long-term campaign for y’all to quit sounding disingenuous when unaccompanied by a southern drawl.

Is Newkirk’s case sufficiently convincing for y’all to be saying y’all now?