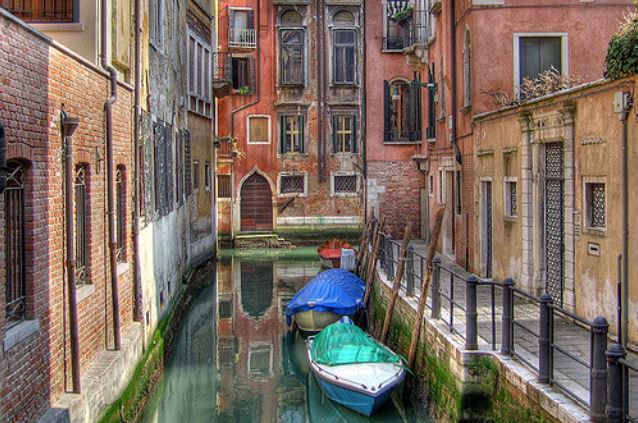 Recently there has come to light yet more news that suggests that yes, Europe is indeed dying. According to Reuters, for the first time in three decades the Italian population declined (the last population drop was a very small one in 1986, and in effect Italy’s population has been growing continually since 1952). The population drop was by about 120,000 people.

And there are signs that this will be a continuing trend: fewer babies were born in 2015 than in any year since the modern Italian state was founded in 1861. There were 488,000 births last year, down almost three percent. At the other end of this mortal coil, the number of Italians dying jumped more than nine percent over the past year (to 653,000). This means that Italy is facing its highest mortality rate since WWII and also that its life expectancy levels are dropping. The average age for women fell from 85 to 84.7 years and from 80.3 to 80.1 years for men: this was the sharpest recorded drop since these records began in 1974.

The national statistics office, ISTAT, in trying to explain these sobering statistics has pointed to the economy.

“‘Just as the lack of positive prospects for manufacturers puts a brake on investments, difficulties young couples face, above all with work and housing, hamper their plans to have children,’ ISTAT said in its annual demographic report.

‘A general sense of insecurity at many levels of society’ was making people wait longer to have fewer children, ISTAT said.”

I wonder if the financial crisis in the aftermath of the GFC is also responsible for the decline in life expectancy? If true, then the outlook isn’t bright with low growth and high joblessness set to continue into the future.

What about immigration? Isn’t this the panacea for any society that isn’t having enough children? Well, even here the picture for Italy’s longterm demographic stability isn’t rosy. The number of migrants obtaining residency (and thus, presumably, contributing to the workforce, the economy and to the state’s coffers) has halved since 2007 to about 250,000 in 2015.

I’m sure that there are a large number of immigrants to Italy who have not become residents and are therefore not included in the numbers; but the extent to which these immigrants contribute to staving off the financial consequences of a greying, declining population is less secure than with those who take the residency route. And, at the same time, the number of Italians emigrating has jumped 12.4 percent from 2014 to 2015 – to 100,000.

Thus, Italy is a country with a declining population. There are fewer babies being born there than in any other time in modern history. The number of Italians dying has increased markedly and the life expectancy of Italians has increased. The number of immigrants gaining residency has halved in the last decade and more Italians are leaving their country. This demographic picture cannot be described as hopeful. What will encourage Italians to invest more (of both time and money) in having families?

Only if larger families become more normal and popular will demographic decline be staved off. But do Italians even want to have larger families? And, if not, what does that say about their view of their society and culture? If citizens are not prepared to preserve their culture in the most important way (by having a future generation to pass it on to) then they should not be surprised if their values, their way of life does not survive.

This article by Marcus Roberts was originally published on MercatorNet.com under a Creative Commons License. If you enjoyed this article, visit MercatorNet.com for more. ?The views expressed by the author and MercatorNet.com are not necessarily endorsed by this organization and are simply provided as food for thought from Intellectual Takeout.??