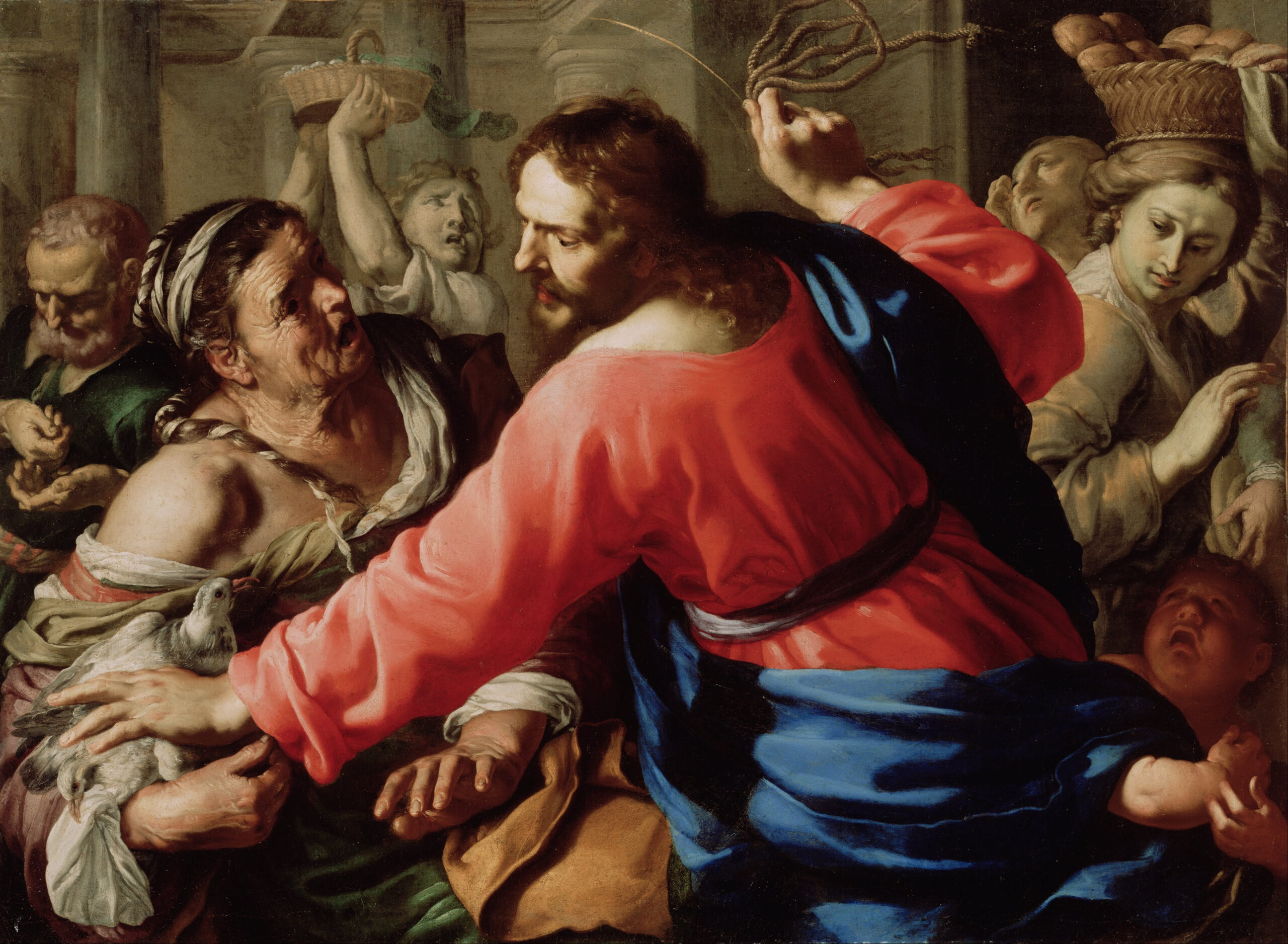 According to the popular narrative, Christ was tolerant and loving while Christians are not. They have corrupted and twisted what Christ was about, primarily love, peace, and tolerance.

There can be no doubt that Christ was a revolutionary figure in history, but what if he wasn’t always nice? What if he wasn’t tolerant or peaceful? Are people actually arguing about what they want Christ to be or what he actually was according to the Gospel accounts? More to the point, are they arguing about what they want Christians to be like or, in a different way, arguing for a Christ that doesn’t make them uncomfortable?

When pondering the tolerance and peacefulness of Christ, consider the account of him making a whip and then using it to drive out the money-changers in the Jewish temple:

“The Passover of the Jews was at hand, and Jesus went up to Jerusalem. In the temple he found those who were selling oxen and sheep and pigeons, and the money-changers at their business. And making a whip of cords, he drove them all, with the sheep and oxen, out of the temple; and he poured out the coins of the money-changers and overturned their tables. And he told those who sold the pigeons, ‘Take these things away; you shall not make my Father’s house a house of trade.’” (John 2:13-16)

Whether Christian or not, Christ, like Buddha or Mohammed, has had a tremendous impact on individuals and societies. We cannot overlook that influence in history and how his words even shape individual actions and societal discussions today.

Below are ten quotes from Christ according to the Gospels (the first four books of the New Testament) when he was quite pointed about topics such as divorce, man and woman, hell, adultery, etc. They certainly aren’t fluffy or nice, and most certainly wouldn’t qualify as tolerant in our modern society.

Without a clear understanding of the Christian ethos, it’s not so easy to balance the above words of Christ to more familiar lines such as “Love thy neighbor as yourself” and exhortations to be humble, to not seek riches, and to take care of the widows, orphans, sick and poor.

Furthermore, Christianity is grounded not just in the Bible, but also in tradition. As St. John concludes his gospel account:

“But there are also so many other things which Jesus did; were every one of them to be written, I suppose that the world itself could not contain the books that would be written.”

One wonders what Ghandi would have thought of the real Christ had he actually met him. When we read the texts honestly, the idea of being Christ-like certainly seems far more complex and nuanced than simply being nice.