Why Political Debate Today is Incoherent 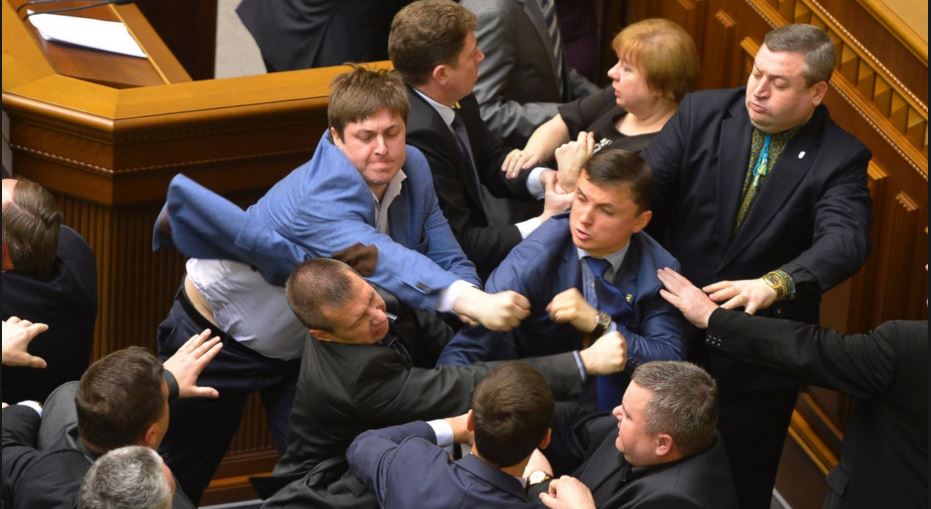 Among political philosophers, the most common critique of “liberalism” (not to be confused with modern “liberalism”) is not its concern for liberty, fairness, tolerance, and related values, but its public promotion of such values without recourse to any underlying, philosophical view of reality.

We’re supposed to simply see the kind of open, secular, republican polity that characterizes the developed West as the most reasonable kind to have, and we’re supposed to see so without appealing to any metaphysical (let alone religious) premises about human nature and the place of humanity in the grand scheme of things.

In his 2010 book The Disenchantment of Secular Discourse, law professor Steven D. Smith shows why that idea is false, and why it’s important for our national political conversation to understand why it’s false.

Given that the book has been generally well-received and that its topic is important, its thesis has not received the attention it merits. What got my attention was this review article by First Things editor R.R. Reno., which FT recently pulled out of its archives. Here’s how Reno starts:

“You’ve always wanted to visit Rome, but your spouse dreams of hiking in the Alps. Your teenage son wants to go to London, while your daughter lobbies for Paris. But although everybody has substantive reasons for their preferred destination, nobody says so, and you end up in a more and more tedious argument about which place has the most convenient flights.

In his book…Steven D. Smith points out that a great deal of public debate is like that. People have definite views about big moral questions. But when drawn into a public arena…they tend to suppress their real reasons and the debate devolves into a squabble about a fairly narrow set of concerns about fairness, autonomy, tolerance, inclusiveness, and of course into mere utilitarian calculations of what ‘works best.’”

That’s not very honest and thus usually isn’t helpful. We should come clean about our ‘definite views about big moral questions,’ which stem from what John Rawls, probably the most influential American political philosopher of the past half-century, called ‘comprehensive doctrines.’ One’s comprehensive doctrine is one’s underlying view of reality, at least to the extent it has moral implications; such doctrines are always metaphysical and sometimes religious too. And willy-nilly, most people have one. But it goes without saying that many of them are mutually incompatible. On which of them do we base our polity? Just picking one and imposing it on everybody seems to be a recipe for perpetual conflict.

For that reason, Rawls famously thought that we ought to strive, to the fullest possible extent, to set our comprehensive doctrines aside when discussing how we ought to order our lives together. As Reno puts it:

“Because ‘comprehensive doctrines’ and the robust moral convictions that stem from them tend to collide and compete, Rawls thought that a pluralistic society needs to take a very modest approach to political debate, restricting arguments to ‘public reason,’ which in his terminology means giving arguments based on principles that most people will accept.”

It turns out, of course, that said principles look a lot like what a left-leaning, secular American academic would be most comfortable with. So Rawls has had enormous influence among such people, who in turn have influenced their millions of students, who in turn help make our political decisions.

But Rawlsianism doesn’t actually work on its own terms:

“For the most part those who support voluntary euthanasia do so because of their beliefs about the meaning and purpose of human life. ‘It’s futile to prolong a life that has no hope of fulfillment,’ someone might say. Meanwhile, those who are opposed to doctor-assisted suicide often say: ‘It’s not our place to decide who dies and when they die.’

Very different views of what it means to be human lie behind these statements, with one side elevating autonomy and the quality of personal experience, and the other side emphasizing a submission to reality, even its painful and challenging forms. Yet, according to Rawls, because they—man-as-maker-of-meaning vs. man-as-grateful-recipient—are ‘comprehensive doctrines,’ they should not be invoked as public reasons.”

But Smith argues that “the narrow and supposedly public reasons end up ‘smuggling’ (as he puts it) the comprehensive doctrines back into the picture. For example, the notion that an end-of-life decision should be private, restricted only by legal safeguards to ensure informed consent, presupposes the man-as-maker-of-meaning view of life.”

Smith offers many other arguments of that sort. It isn’t only religious conservatives who smuggle comprehensive doctrines into political discussions. Nearly everybody does it, but only some of us are aware of doing so. Indeed, during the decade before his death in 2002, Rawls himself more-or-less conceded as much. Thus in his 1993 book Political Liberalism, he allowed that comprehensive doctrines may be drawn on freely in political argument, subject to the “proviso” that sufficient public reasons for the same conclusions be produced “in due course.” Some of us might be happy with such a compromise, but Smith argues persuasively that it is unstable.

If Smith is right, our national political discourse had better start getting more philosophical, if only to be more honest.