This is How a Chinese Son Begged His Parents for Forgiveness 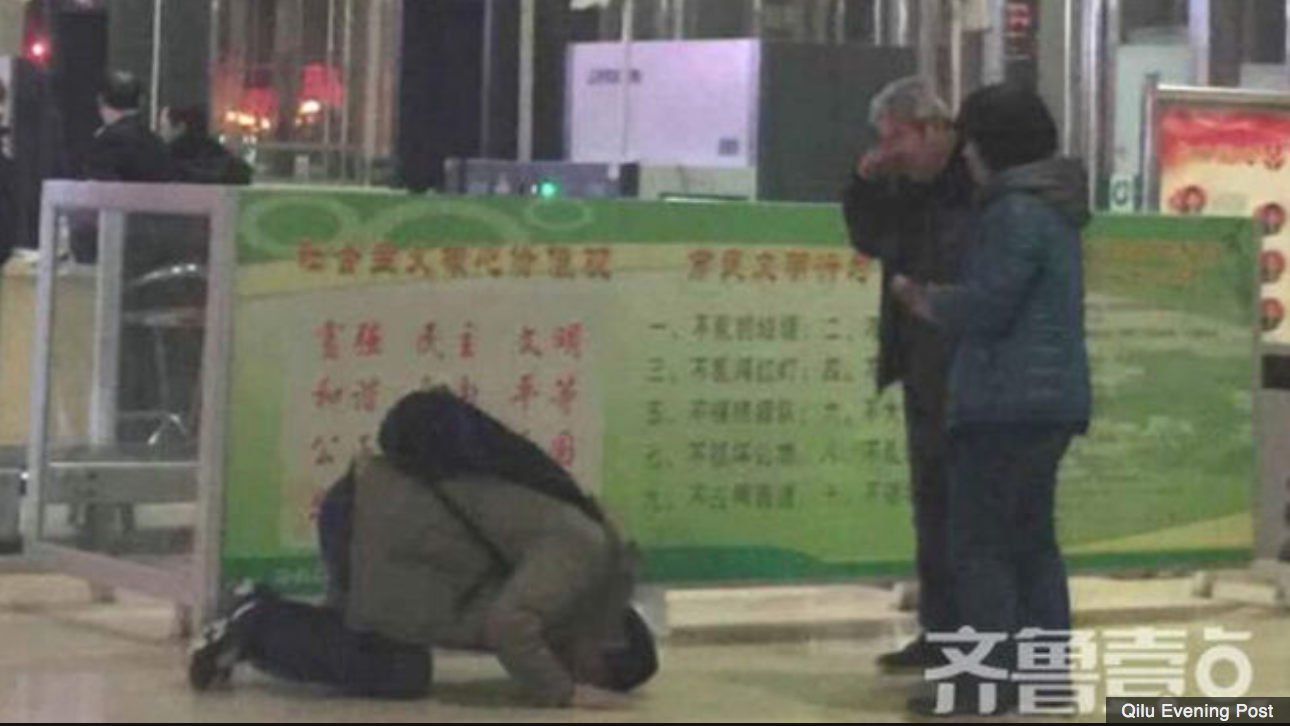 Last week, people from around the world were moved by the above photo, which showed 46-year-old Zhang Jinli kneeling in front of his parents at a railway station, begging them for forgiveness.

According to the BBC:

As the BBC explains, such filial piety is deeply rooted in Chinese history and culture, though it has waned in recent years:

“The concept of filial piety goes back to 400 BC and is a core virtue of Confucianism, described in the early works of China’s best-known philosopher.

Respect towards parents, elders and ancestors is considered a key value in Chinese society and culture…”

Of course, respect for parents is not unfamiliar to Western tradition, either. Zhang Jinli’s action has affinities with the famous biblical parable of the Prodigal Son. And the commandment to “honor one’s father and mother” is still acknowledged by many who no longer subscribe to the entirety of the Judeo-Christian value system.

But if filial piety is on the wane in China, it seems to be nearly moribund in the West. Western culture today teaches us to look with scorn on the past, to assume that younger generations are smarter and wiser than older generations, and that questioning parents’ authority is a laudable rite of passage.

Americans’ Puritan sensibilities would most likely prevent them from prostrating themselves before their parents to beg forgiveness. But perhaps we could stand to learn something from Zhang Jinli’s demonstration of filial piety.