The “Cultural Appropriation” Thing is Getting Out of Hand 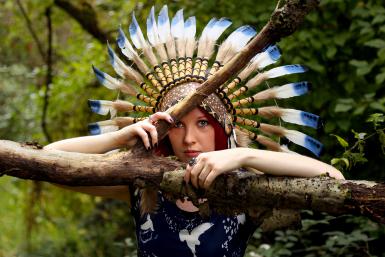 Lately we’ve been hearing a PC leitmotif attacking “cultural appropriation,” which according to James O. Young is “the adoption or use of elements of one culture by members of a different culture.” Apparently it’s now considered racist or imperialist (or something) for one culture to borrow or elaborate on elements of another.

And, according to Britain’s venerable old Spectator, this “cultural appropriation” charge is getting out of hand.

“When it comes to cultural appropriation, even The New York Times admits, ‘It’s a truth only selectively acknowledged that all cultures are mongrel.’ That presents the first problem when it comes to cultural appropriation arguments. If cultures are fluid, how are we to know who can actually claim a practice or symbol? And what if cultures or ethnicities previously believed to be oppressed are revealed to be oppressors themselves? Are we left with the cultural version of Christ’s challenge to let him who is without sin cast the first stone?”

Those are fair questions to pose, but the problem is worse than a mere lack of persuasive answers to them. In the Spectator piece, Brandon O’Neill cites additional examples of just how much worse. Thus:

“Time magazine recently published an article headlined: ‘Cornrows and Cultural Appropriation: The Truth About Racial Identity Theft.’ It mused on bovine whites’ ‘appropriation’, ‘assimilation’, ‘exploitation’, and ‘plundering’ of black culture. This is the world we live in, folks, where even Time can lose the plot over white folks plaiting their hair in a particular way.

The PC rage against cultural appropriation is ultimately a demand for cultural segregation, for black people, white people, Latinos, gay people, women and every other racial, gender or sexual group to stick with their own culture and people and not allow themselves to be diluted by outsiders.

Gay men have been condemned by the National Union of Students for ‘appropriating black female culture’. Barmy NUS officials think it’s the height of racism for a gay guy to talk about having an ‘inner black woman’. The irony being that it’s hard to think of anything more racist, or at least racially divisive, than the ideology of cultural appropriation: its obsession with cultural purity echoes some of the darkest political movements of the twentieth century.”

If more than a mere fad, this is going down what O’Neill rightly calls “a dark path” indeed.

This anti-cultural-appropriation thing is but one more variation on a theme that isn’t about to fade away: portraying anything supposedly appropriated by the privileged from the less-privileged as a form of oppression. It’s the spiritual equivalent of denouncing Western material prosperity as the fruit of colonial exploitation and nothing more. It’s outrage run amok on behalf of approved “victim classes.”