Teachers Fed Up with Undisciplined Students 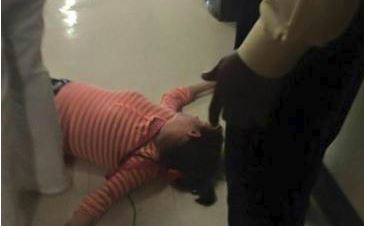 According to George Skelton in the Los Angeles Times, an increasing number of teachers may be pondering an exit from the profession, and are reluctant to encourage others to follow in their footsteps.

Their reasons for such feelings were varied, but the looming elephant in the room was the lack of respect and poor discipline that teachers have to deal with:

“‘No one is going into teaching after hearing the horror stories emanating from the lack of discipline,’ wrote Dave, whose late wife taught. One day she came home and proclaimed ‘it isn’t fun anymore.”

‘The straw that broke the camel’s back,’ he said, was a boy who stubbornly refused to stop playing games on his smartphone in class. The teacher sent the student to the principal’s office, but he returned shortly with a readmission note and a sneer. ‘She retired.’

It can get worse. My wife had her purse stolen by a student after class while another kid distracted her by ostensibly seeking academic advice.

Gary, who taught in a country school near Modesto, wrote: ‘Poor discipline was reinforced by the administration. If a child of someone politically important in the community got in trouble, the administration looked the other way. Students knew it was a game.’”

The early champion of public schools, Horace Mann (1796-1859), was quoted as saying: “Jails and prisons are the complement of schools; so many less as you have of the latter, so many more must you have of the former.” In essence, Mann believed that public schools were the solution to keeping young people out of prison.

But as the above instances show, the existence of schools is by no means a panacea for bad behavior.

Is it time to recognize that public schools will have difficulty attracting teachers and educating students unless those students are taught discipline in their homes?