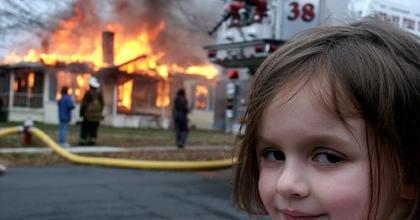 If you would like your children to be creative, don’t give them very many rules. In fact, don’t really make them do much of anything.

That seems to be the message of Adam Grant, professor of psychology for Wharton. In a New York Times op-ed, he encourages parents who desire their children to be creative to be more hands-off in directing their children’s lives:

“You can’t program a child to become creative. Try to engineer a certain kind of success, and the best you’ll get is an ambitious robot. If you want your children to bring original ideas into the world, you need to let them pursue their passions, not yours.”

It’s a lovely thought. Most people can probably get on board with the importance of allowing children some room to pursue their own interests. Grant couples it with an anecdote about Albert Einstein’s childhood:

“‘The theory of relativity occurred to me by intuition, and music is the driving force behind this intuition’” Albert Einstein reflected. His mother enrolled him in violin lessons starting at age 5, but he wasn’t intrigued. His love of music only blossomed as a teenager, after he stopped taking lessons and stumbled upon Mozart’s sonatas. ‘Love is a better teacher than a sense of duty,’ he said.”

However, the article does not stop with recommending that parents allow their children a modicum of intellectual freedom. Grant goes on to claim that giving a child any rules destroys their creativity:

“So what does it take to raise a creative child? One study compared the families of children who were rated among the most creative 5 percent in their school system with those who were not unusually creative. The parents of ordinary children had an average of six rules, like specific schedules for homework and bedtime. Parents of highly creative children had an average of fewer than one rule.

Creativity may be hard to nurture, but it’s easy to thwart. By limiting rules, parents encouraged their children to think for themselves.”

Further than that, he questions the wisdom of parents even teaching their values to their children. As proof of the importance of parents not shoving “their values down their children’s throats,” Grant cites a study where the most creative architects were those who were encouraged by their parents to form their own “ethical code.”

I’m sorry, but allowing a child to do as they wish with no rules and little moral guidance seems like a recipe for raising a creative jerk. We are already seeing the societal effects of children raised with too much freedom and too little parental authority.

Fostering creativity to the exclusion of raising a child well seems perilous at best. Does creativity without decency really benefit society, regardless of the resulting creative contributions to the world? And are rules and morals truly incompatible with creative thought?