One of Putin’s Favorite Authors on the ‘Antichrist’ 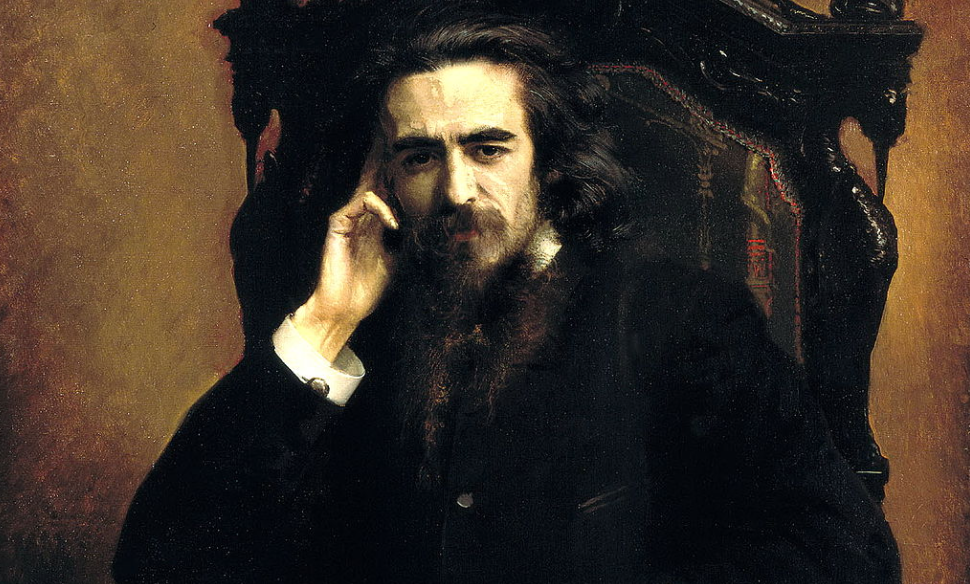 It is well-known that the Christian Bible prophesies the rise of a false messiah at the end of history known as the “Antichrist.” The prophecy has given rise to many speculations about the character of this Antichrist, speculations which have captured the interest of both believers and non-believers.

One of the more famous speculations is found in Vladimir Soloviev’s “A Short Tale of the Antichrist” (a short story which you can read here). Some of you may remember that Vladimir Putin, the president of Russia, has his cabinet members read another of Soloviev’s books, The Justification of the Good.

In brief, here are the characteristics that Soloviev (also rendered “Solovyov” and “Solov’ev”) ascribes to the Antichrist in his “Tale”:

“I am called to be the benefactor of that same humanity, partly reformed and partly incapable of being reformed. I will give everyone what they require… I shall unite it by benefits which are as much needed by good as by evil people.”

“Nobody raised his voice against the book. On every side it was accepted by all as the revelation of the complete truth. In it, all the past was given such full and due justice, the present was appraised with such impartiality and catholicity, and the happiest future was described in such a convincing and practical manner that everybody could not help saying: ‘Here at last we have what we need. Here is the ideal, which is not a Utopia. Here is a scheme which is not a dream.’ And the wonderful author not only impressed all, but he was agreeable to all.”

“[Said the emperor:] ‘But peace is joyful only through prosperity. Who in peacetime is threatened with poverty has no pleasure in peace. I call, therefore, all the cold and hungry ones to come to me, and I will give you food and warmth!’…

Owing to the concentration in his hands of all the financial resources of the world and all its colossal land properties, the Emperor could carry into effect his reform in accordance with the wishes of the poor and without causing much pain to the rich. All now received according to their capabilities, and every capability according to its labors and merits.”

“But what was more important than these details, the most fundamental form of equality was firmly established among humankind, the equality of universal satiety. This took place in the second year of his reign. Social and economic problems finally had been settled. But if satisfaction is a question of primary importance for the hungry, the satisfied ones crave for something else. Even satiated animals usually want not only to sleep but also to play—the more so with humanity which has always post panem [‘after bread’] craved for circenses [‘circuses’].

The Emperor Superman understood what his mob wanted. At that time a great magician, enwrapped in a dense cloud of strange facts and wild stories, came to him in Rome from the Far East… The Emperor, completely charmed by the man, accepted him as a gift from above, decorated him with all kinds of gorgeous titles, and made him his constant companion. So the nations of the world, after they had received from their lord universal peace and universal abolition of hunger, were now given the possibility of never-ending enjoyment of most diverse and extraordinary miracles.”

In other words, Soloviev’s Antichrist fulfilled all that the people of this world often hope for in a leader and in a society.