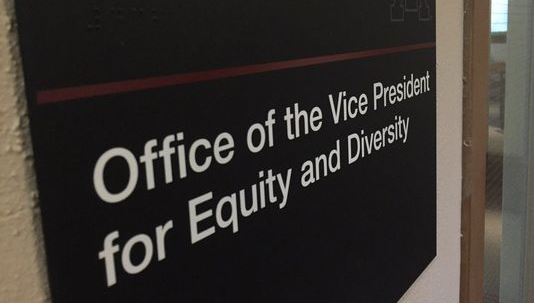 Recently, I took a call from a reporter looking for comments on the possibility of the University of Minnesota either disposing of the ACT as a standard of admission or diminishing its role dramatically. To be honest, I hadn’t been following any of the internal debate on the issue at the University or amongst its regents, but the issue comes as no surprise.

Once again, the clash between the equal opportunity provided by academic standards is clashing with the desire for more equal outcomes across various racial groups. Similar debates are taking place in other spheres of life as well, consider the Oscars as just one example.

Here is how the issue was initially framed for me by the reporter through e-mail, though the interview was actually by phone:

“A few University of Minnesota Regents have questioned whether ACT scores should continue to be an appropriate bench mark for admission standard. I’m curious about your guys’ thoughts on whether setting admissions standards based around ACT scores is fair, given that people of color tend to trail white students.”

The reality is that students of color are trailing white students in Minnesota. Below are the ACT scores of Minnesota’s class of 2015, broken out by race:

But the enormous difference in scores shouldn’t be a surprise when you consider the achievement gap between White students and their peers of color in Minnesota’s K-12 education system. The graduating class of 2015 took the final Minnesota Comprehensive Assessment (MCA) test for reading in 2013 when they were in the 10th grade. Minnesota’s final math assessment takes place in 11th grade, which would have occurred in 2014 for the graduating class of 2015.

The ugly truth is that the disparities in ACT scores that are troubling some at the University of Minnesota are merely a reflection of the disparities in achievement taking place in Minnesota’s public, K-12 education system. The reason it is troubling to some is that it leads to unequal outcomes, making diversity goals much more difficult to hit.

If the University of Minnesota is seeking academic excellence first and using the ACT score as a major determiner of the eligibility of its Minnesota recruits, then based on the racial breakout of ACT scores shown above, there will be little diversity on campus because the K-12 system is failing to prepare students of color for college-level academics.

On the other hand, if the University seeks diversity first, then academics are quite likely to suffer as less students, particularly those of color, are likely to be able to compete at the college level. Again, the K-12 data provided by Minnesota’s Department of Education shows that there is a very small pool of minority students who are likely to be prepared for a college environment such as that provided by the University of Minnesota.

We can debate why there is an achievement gap between Whites and students of color in the K-12 system and, if the right problem is identified and if it is fixable, then we could see greater equality in academic outcomes. But that is not our reality.

The reality today is that a university can aim for academic excellence or diversity. The challenge of trying to do both can be seen in the University of Minnesota’s discussion of dropping the ACT in favor of diversity.

What, though, will come of higher learning and academic excellence if universities come to see diversity as their highest value?