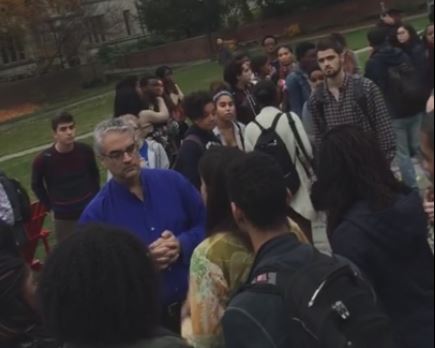 If you want to know where the United States will be in a generation, a look at the attitudes and ideas of today’s college freshmen might give some insight.

Yesterday, the Higher Education Research Institute released their annual freshman survey. According to the Washington Post, one of the most interesting things found in the survey is the rising level of intolerance for free speech:

“About 71 percent of freshmen surveyed in the fall said they agreed with the statement that ‘colleges should prohibit racist/sexist speech on campus.’ This question has been asked on and off for a couple of decades, and 2015 logged the highest percentage of positive responses on record. For comparison, the share in the early 1990s hovered around 60?percent; also high, but not as high as today.”

This finding is interesting, particularly as the study also found that college freshman have a rising interest in various areas of civic engagement – some of which have seen a nearly 10% increase in the last year.

To those who view free speech as one of the major components of American civic knowledge and understanding, the dichotomy between student interest in civic engagement and disdain for free speech may be confusing.