A Tough Question on Race and Culture from a Reader 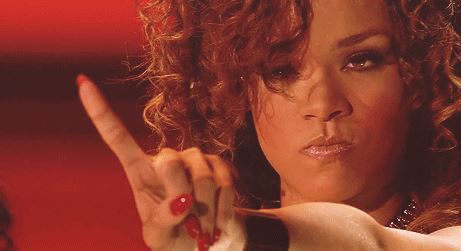 Every week we get requests from readers to share something with the audience or to ask the audience a question. Depending on the material or the question, occasionally we’ll act on it. If we don’t, it doesn’t mean we won’t, we’re probably just behind in our writing.

Shortly after we shared stories about Martin Luther King and judging people by their character, the rate of overall shootings (3,000) in Chicago for 2015 compared to how many of the were shootings by police (22), and raised some questions about family life for Laquan MacDonald, we took a tough question from a reader who wants to remain anonymous.

While we know the question may not be received well, we feel compelled to ask it. To be an intellectual, even the fast-food variety like us, is to pursue truth. For better or worse, the pursuit of truth sometimes requires uncomfortable questions that polite society won’t ask. A lot of people don’t want to upset the current cultural norms and others may arrive at answers that they don’t want to hear.

With all of that in mind, here’s the personal background provided by the reader who has been following us since 2012:

I’m an African American male, 29 years of age. I’ve done quite a bit of traveling around the U.S. and short stints in Europe and Africa. In my experience, I’ve noticed a high percentage of blacks in the US seem to be a lot more obstinate than those of other lands. I kind of think it has something to do with hip hop culture, religion and lack of education due to bad schools in low income neighborhoods. Granted, I grew up in a low income household, during the hip hop era.

The question hasn’t even been asked yet, and you can already guess that this post is probably going to stir up some controversy. As such, we may as well ask the question. Here it is:

Have a question, and hopefully you can be the conduit for me to ask through: ‘Is it in African  American culture to be closed minded? Is stubbornness supposedly a show of strength?’

That’s not an easy question to ask in today’s culture, especially with how charged everything is by various “isms”. Nonetheless, what do you think? Have the years of slavery and abuse at the hands of the dominant culture caused many African-Americans to circle the wagons, as it were? To show strength, is there also an unwillingness to acknowledge weakness to the outside culture? Psychologically speaking, that doesn’t seem that implausible.

Also, it shouldn’t have to be said, but we will say it anyways: Please be civil when you answer. There’s no sense in name calling or bomb-throwing.