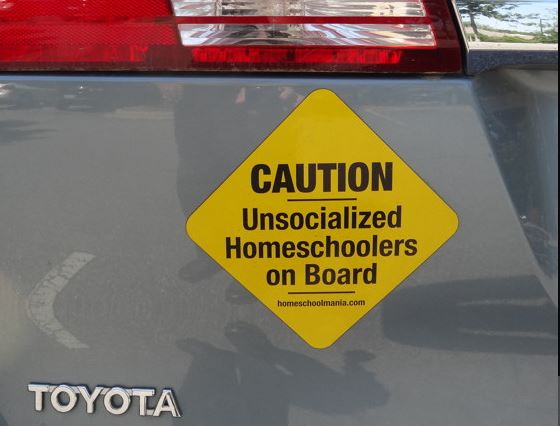 Acceptance and recognition of homeschooling has grown by leaps and bounds in recent years. Yet in spite of overwhelming support, this education practice is not without its skeptics. And oftentimes, traditional schoolteachers are the biggest skeptics.

This is understandable, particularly as teachers have received large amounts of training in order to gain their position. The idea that an untrained parent could be just as successful doing the same job seems ludicrous.

Such used to be the thinking of Chicago high school English teacher David McGrath. In the Chicago Tribune McGrath writes that he viewed homeschooling as educational child abuse because it denied children the opportunity to socialize and gain from classroom thought and interaction, and also stuck them with parents who didn’t know essential educational concepts as well as a trained teacher.

However, McGrath’s mind was changed when he taught a homeschooled student in a college class years later. As he interacted with her, he realized that her homeschool background had made her a much better student and learner for the following four reasons:

“First, she had escaped the collateral damage from 12 years of conventional schooling. I’m thinking of my own lost years in elementary school, as a bored-out-of-my-gourd pupil in a classroom of 48 or more students doing busywork most of the day.

So the schoolroom was still a novelty for her.

Secondly, she applied her experience of one-on-one learning to the classroom format, as though she were the only one sitting in front of me. This led to plentiful and uninhibited conversation, and other students followed suit.

Third, having been the only person to be called on for 12 years, she did not use the group’s mass as camouflage, or a barrier, but accepted every question, suggestion, lesson and instruction as her own responsibility.

Fourth, in home school she had daily conversations with one parent or the other about a myriad of subjects, whereas her texting, video-gaming, ear-bud-wearing classmates too often skated, side-stepped or escaped adult interaction much of their short lives.

If every student in my classroom were a radio, my home-schooled student was the one whose switch was turned on.”

McGrath abandoned his preconceived opinions about homeschoolers when he saw how much more effective the homeschool approach had been in creating an interested, engaged learner. Such students are sadly lacking in today’s traditional school system. If we want more of them, does society need to make it easier for parents to homeschool their children if they so wish?