Yet Another Reason to Study History 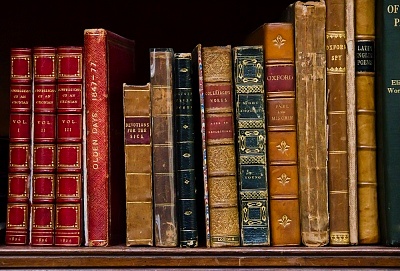 The British author Hilaire Belloc once noted that “men are always powerfully affected by the immediate past—one might say that they are blinded by it.”

When confronted with change, most people evaluate it based upon a very limited understanding of what’s considered normal. Our modern age, obsessed with diagnosis, has apparently come up with a name for this phenomenon: “shifting baseline syndrome.”

An article in Pacific Standard defines “shifting baseline syndrome” as “our propensity to construct a sense of what’s ‘normal’ from a relatively recent set of reference points, and hence to miss longer—and often more worrisome—trends.”

As the article notes, the term originated in 1995 with marine biologist Daniel Pauly:

“[He] noticed that many of his fisheries colleagues were using data recorded at the start of their careers as a baseline to evaluate population health—rather than using historic accounts that predated industrial-scale fishing. The result, Pauly wrote, was ‘a gradual shift of the baseline, a gradual accommodation of the creeping disappearance of resource species.’ Species that were once abundant were now rare, but were perceived as if they had always been bit players. When rare species went extinct, they were not perceived as a big loss.”

By no means, however, is shifting baseline syndrome confined to the world of marine biology. You’ll notice it in education, where most legislators and reformers judge student performance and educational quality based on models that only go back anywhere from 5-30 years. You can also apply it to news media and entertainment, in which most of society judges the acceptability of what they see and hear based solely on the recent past.

In some sense, you’ll also find it in the recent discussion of executive orders surrounding President Obama’s potential action on gun control. As many people have rightly pointed out, Obama has issued fewer executive orders (both in terms of total and average) than his immediate predecessor Bush. A closer look shows that he’s also averaging less than Clinton, and A LOT less than FDR and Woodrow Wilson (so executive orders are trending downward). But often missing from the discussion is the fact that Obama still has a higher average of executive orders than any of the first 22 presidents of the United States.

The best antidote to shifting baseline syndrome? Be steeped in history.