Where do your ‘rights’ come from? 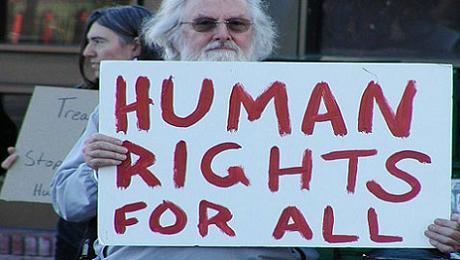 Modern educators and politicians in America are quick to quote a short portion of the Declaration of Independence (1776):

“We hold these truths to be self-evident, that all men are created equal…”

They usually won’t quote any more than that part believing it is a sufficient foundation or justification for their positions. From such a foundation, they will then propose various ‘rights’ that are needed to affirm the belief that all men are equal.

What’s left out is the idea that man’s “unalienable rights” actually come from God. Consider the beginning of the Declaration for context:

“When in the Course of human events, it becomes necessary for one people to dissolve the political bands which have connected them with another, and to assume among the powers of the earth, the separate and equal station to which the Laws of Nature and of Nature’s God entitle them, a decent respect to the opinions of mankind requires that they should declare the causes which impel them to the separation.

We hold these truths to be self-evident, that all men are created equal, that they are endowed by their Creator with certain unalienable Rights, that among these are Life, Liberty and the pursuit of Happiness.–That to secure these rights, Governments are instituted among Men, deriving their just powers from the consent of the governed…”

The author of the Declaration of Independence, Thomas Jefferson, is a mixed bag on religion. Raised an Anglican, Jefferson was a regular church attendee. That said, his views on orthodox or traditional Christianity could be at times quite negative. He seemed to lean to more of a deist position, though he was quite fond of the words of Christ. Jefferson’s writings are full of references to God, a creator, a supreme being, etc.

And so it is that the revolutionary document that put America on its course for independence justified its assertions on the belief in God or a Creator, much in line with the Christian-Hellenism tradition of the West. Logically, if you accept the initial claim of a god-creator in the Christian tradition, then it is quite reasonable to accept that human dignity and rights come from that god-creator.

But today it’s doubtful that many who claim “equal rights” or the “dignity of all people” would base their arguments on a belief in God. So what then do we base our rights upon?

Modern science and evolutionary theory would tell us that all men are not created equal. Men are born with a variety of traits, some are strengths and some are weaknesses. Indeed, without inequality of traits, natural selection would never take place. There would be no survival of the fittest if all men were biologically the same. Instead, a virus or other environmental challenge would wipe out the entire species because there would be no variations within the species to allow for adaptation. While inequality may hurt the weakest of humanity, it allows for humanity itself to survive.

Rationally then it is difficult to argue, devoid of some supreme being, that a species of animal that was the result of nothingness becoming something through billions of years of evolution actually has “special rights” or “dignity”. Yes, we’re alive, but so are many other things. Yes, we’re more advanced than other creatures, but that’s only because of the evolutionary process that rewarded the strong while decimating the weak, a process that is rooted in inequality.

So if science does not present evidence of “rights” and we do not believe that “rights” come from God or some Supreme Being, where do they come from? Philosophically, we are left with some notion that rights come from ourselves – either we as individuals demand and fight for them or the government grants them to us. But are those actually rights in the traditional sense or simply benefits of where we live and which way the political winds are blowing?

The argument put forth in the Declaration of Independence is that “rights” are rights because they exist with or without individuals or the government acknowledging them. We do not make them, we simply discern them by reflecting on the reality around us and the natural law written into that reality.

But if something only exists because you either fight for it or government grants it, then is that actually a natural “right” in the truest sense of the word? Here we must deal with two contending modern views of rights: negative and positive.

“Positive” rights require someone else providing you with something, a living wage, an education, health care, etc. They do not exist on their own. For instance, a living wage is not a right that can exist on its own. It requires other people to pay you more. The right to life, in a negative rights sense, exists on its own as you are alive and life can only be taken from you by being killed or a natural death. That’s the big difference between the two. (Yes, there’s a bit of nuance when it comes to babies and children, but there was a logical way of approaching that within the “natural rights” or “natural law” framework.)

With “positive” rights we can certainly make the argument that they can only come from others since obviously they only can. They, therefore, are less “rights” and more “benefits” of the country in which you live. Someone else, not God or nature, grants those things to us and the list can expand or contract depending upon the realities of the times.

Since Jefferson is referring to “negative” rights of life, liberty, and the pursuit of happiness, let us come back to the issue of these as “rights”. No one else can really provide you with those rights. Government and other individuals can certainly defend those rights or refuse to acknowledge them, but in the end any human anywhere can claim the right to his own life. As such, if not a god-creator, where do those rights come from? How can that appeal have power? In other words, is it even possible to have rights exist outside of a government’s or group’s acknowledgement? Or are there really no such things as “negative” or “natural” rights, but rather societal agreements that limit the power of government?

If we cannot appeal to either an objective Supreme Being or to nature for our rights in the face of oppression, how secure are we in the belief that we have rights if they must be granted to us by government or groups of our fellow man? Surely, as easily as they may be granted by men, we may also find that they are taken away.

Furthermore, we may find that “positive” rights actually infringe upon people’s “negative” or “natural” rights. What do we do then? Which one should have precedence? And to whom do we appeal or justify our outrage? A government, the majority of people, nature, a Supreme Being?

Many people are quick to use the term “rights” these days without a clear definition, muddying our ability to discuss the very real issues we’re trying to address. Additionally, we seem to have severed ourselves from the critical discussion of what “rights” actually are and from where they are derived. In doing so, we may be opening ourselves up to increasing political division and even chaos moving forward. It’s probably high-time that we have a real conversation about these things.