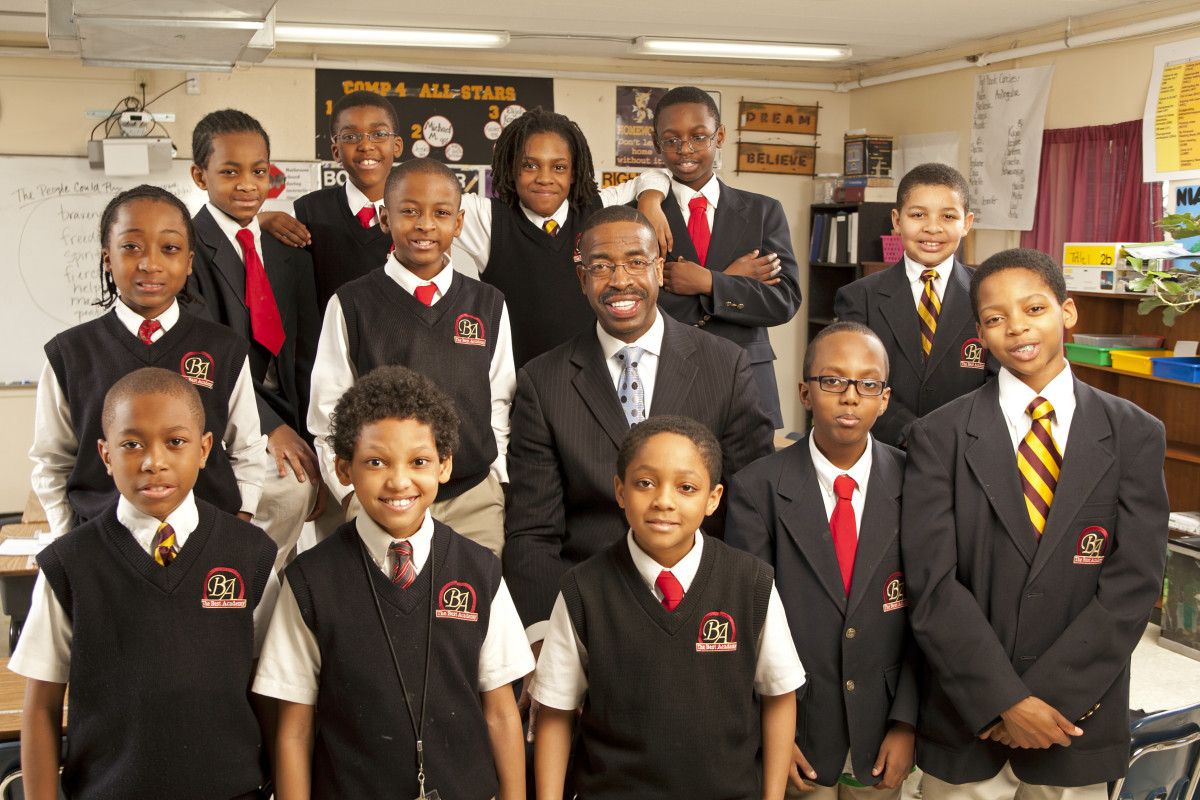 An interesting debate is taking place in Minnesota’s Twin Cities over the definition of “segregation”. The controversy at this times is swirling around public charter schools in the urban core of Minneapolis and St. Paul that have a concentration of minority students in them. Is it a form of segregation?

Those charter schools are open to all students, though there is often a lottery for admission because more parents apply to send their children to the schools than there are available seats. It should be little surprise that many minority parents are seeking alternative, free education for their children given the enormous achievement gaps between white students and students of color in the Minneapolis Public Schools as well as the St. Paul Public Schools.

Below is a chart for how well minority students in 10th grade are doing compared to their white peers in the Minneapolis Public Schools district:

And the chart for St. Paul Public Schools tells a similar story:

What has happened, though, is that public charter schools have tended to teach to certain audiences or demographics and as a result the racial composition of many of the charter schools will not reflect the desires of Minnesota’s Department of Education for racially balanced schools. Charges of segregation have, therefore, recently emerged.

MinnPost, a local paper for the Twin Cities, describes the state’s position as such:

“The state frames segregation as a detriment to the public education system, linking the need to integrate with the need to address the achievement gap that persists between protected students ­— those who are black, Asian, Hispanic and American Indian — and their white peers.

This is the crux of a dispute that was highlighted in two days of procedural hearings last week on the Education Department’s new rules — rules that will cover charter schools for the first time.

According to the Education Department, although the total enrollment of students in the state has remained fairly stable, the percentage of protected students has nearly doubled in the last 15 years.

In response, in 2013 the state asked districts to develop individualized plans to address both stark achievement disparities and the lack of racial diversity. The Department of Education drafted rules to align with the new state statute. In doing so, the department decided it was time to bring charter schools into the fold.

In Minneapolis and St. Paul, charters serving students of color outnumber those that have a mostly white student body. This divide has grown so deep that education researchers say only 16 of the metro area’s 72 elementary charter schools are integrated with a healthy mix of white and minority students.”

In a fascinating development, many minority leaders, including the head of the Minneapolis NAACP, have come out defending the schools.

“Speaking as a mother, Nekima Levy-Pounds, a law professor at the University of St. Thomas and president of the Minneapolis NAACP, said her daughter’s intelligence was downplayed at a traditional public school. It wasn’t until she moved Jayda to a culturally specific charter that she started to excel.

‘When I think of culturally specific charter schools, it’s important to recognize [that] as African-American parents, we have very limited choices on where to send our child … so their culture is being affirmed,’ Levy-Pounds said at the hearing.

She denounced the notion that sitting students of color next to white students would somehow help close the achievement gap.”

Erik Mahmoud, an African-American leader in the community as well as the CEO of the Harvest Network of Schools, argued similarly:

“’[The proposed rule] doesn’t apply to whites. They’re talking as if there’s something inherently bad in all Asian, African American, Hispanic students being in the same space, being educated,’ he said. ‘Let’s not use a social solution to solve an educational issue.’”

And so we wonder, is it actually segregation if minority parents freely seek out schools that happen to do a better job educating their children while also affirming some of their cultural and ethnic heritage? In the name of diversity, should those schools be broken up or forced to recruit more white students?  Or is it simply the case that birds of a feather will flock together? And if that’s the case, why is it a problem if people are free to do so?

As America’s racial composition further diversifies and whites eventually become a minority, too, this issue will only become hotter.