The Education of C.S. Lewis 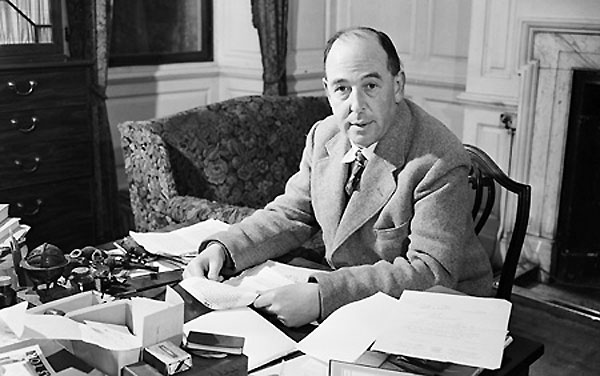 C.S. Lewis (1898-1963) is one of the greatest English authors of the twentieth century. His writing style and intellect are still the envy of many today.

Given his reputation, it’s natural for people to wonder how C.S. Lewis the child developed into C.S. Lewis the great novelist. In the making of a man, of course, many factors come into play—family, friends, culture, geography, religion. However, I think most people today would be interested in knowing what kind of education Lewis received.

Fortunately, Lewis left us an account of his education in his autobiographical work Surprised by Joy: the Shape of My Early Life. In this post, I will name ten characteristics of Lewis’ upbringing that contributed to his education. In a second post, I will list some of the contents of this education, more specifically, the books he read that influenced him.

1) Both of his parents were well read.

“Both of my parents, by the standards of that time and place, were bookish or ‘clever’ people.” His mother “had been a promising mathematician in her youth” and “was a voracious reader of good novels.” His father was fond of oratory, political novels, poetry, drama, and humor.

2) He grew up surrounded by books.

In his childhood home he remembers “endless books.” He writes, “My father bought all the books he read and never got rid of any of them. There were books in the study, books in the drawing room, books in the cloakroom, books (two deep) in the great bookcase on the landing, books in a bedroom, books piled high as my should in the cistern attic, books of all kinds reflecting every stage of my parents’ interest, books readable and unreadable, books suitable for a child and books most emphatically not.”

3) He began learning French and Latin at age seven.

“[B]efore her death [she] was able to start me both in French and Latin.” As a result of this early training, Lewis consistently outshone his peers in Latin during his school years.

4) He spent his leisurely time in reading, writing, and drawing.

By the time he was seven, Lewis writes, “I had now learned both to read and to write; I had a dozen things to do.” He says that he was driven to write by a “manual clumsiness” (he only had one joint in the thumb) that caused him to be unable to make anything. He “staked out a claim to one of the attics and made it ‘my study.’” There he “kept [his] pen and inkpot and writing books and paintbox,” and began writing and illustrating his first stories. His frequent reading, in addition to conversing primarily with adults, contributed to his possession of a large vocabulary at an early age.

Both through his parents’ influence and his own private taste, he primarily read respected authors. He had no pretensions about this until he was a teenager, as he had never dreamed that reading these authors “was a thing to be proud of.”

6) He did not begin formal schooling until he was nine.

7) For the most part, he had good teachers.

“Except for Oldie [his teacher from age 9-11], I have always been blessed both in my official and my unofficial teachers.”

8) Between 13 and 15 he attended the Cherbourg House preparatory school and Malvern College.

“Here indeed my education really began,” writes Lewis. During this time, of his own accord, he “became knowledgeable” in mythology. He “rapidly found [his] feet in Latin and English.” He studied Greek, Latin, and literature from a teacher (“Smewgy”) who could both “enchant” and “analyze,” and taught him to “[taste] the classics as poetry.”

9) He studied fewer subjects and learned them well.

“In those days a boy on the classical side officially did almost nothing but classics. I think this was wise; the greatest service we can do to education today is to teach fewer subjects. No one has time to do more than a very few things well before he is twenty, and when we force a boy to be a mediocrity in a dozen subjects we destroy his standards, perhaps for life.”

10) He left school at age fifteen to be privately tutored.

He went to live with his father’s former headmaster and his wife. Each day, from 9am-1pm he studied the classics with the headmaster (Kirk), and in the evenings he learned French with his wife (Mrs. Kirkpatrick). During this time, Lewis began “to think in Greek.” He also studied Italian and German. At night he would read English literature. In countless conversations with Kirk, Lewis sharpened his powers of reasoning and learned the art of dialectic. Over two years later, he began studies at Oxford University.