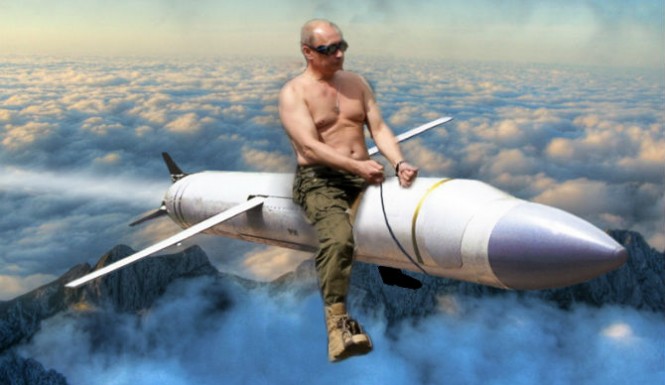 Uh oh… This latest action could mean one of two things—or more likely, both:

1) Russia wishes to ramp up its campaign in Eastern Europe.

The new divisions help Moscow highlight its new investment in the fight against ISIS in Syria. However, Russia’s Western flank borders Europe, and this buildup renews concerns in Eastern Europe that Moscow might become adventurous again, as it was in Ukraine and Georgia before.

Although Russia has been shy with specifics, we can be sure this is a pretty large buildup. Generally, a division is somewhere between 10,000 and 20,000 troops depending on type. At the height of the Ukraine crisis last year, Russia’s state news agency reported 25,000 troops were massing along the border with Ukraine. If you believe that Syria is just a cover for the strategy’s real target, namely Eastern Europe, then this near-doubling of troops in the theater is enough to make you reach for the Pepcid AC.

2) Russia is trying to intimidate the West.

It’s not clear exactly how many nuclear weapons are in the “five new nuclear regiments,” but it’s somewhere between 20 and 35. Only in Assad’s wildest dreams are these useful in the Syrian conflict; their one true goal is to intimidate the West.

The sheer boldness of the move gives pause. An announcement this showy seems to be um… compensating for other shortcomings. The price of oil, Russia’s top export, fell 30% last year and is down another 15% so far in 2016. Cuba, a key Western ally for Moscow, is resuming diplomatic ties with the United States. Russia is increasingly stung, if not threatened, by NATO’s expansion eastward: the group admitted Montenegro in December and is considering Georgia and Macedonia for membership.

It doesn’t help that NATO member-state Turkey shot down a Russian fighter that strayed into its airspace in November. While NATO had nothing to do with the incident, it’s reasonable to assume this event added to Putin’s desire to chafe NATO with his announcement. ?

In reality, the announcement most likely indicates instability, either in Russia’s relationship with the West or within Russia itself. It’s meant to project strength—either to intimidate externally or reassure internally. While the United States should continue to engage Moscow, it must continue to do so cautiously. Russia’s help with fighting ISIS in Syria has proven their desire to continue being a world leader. The announcement today shows they only want to do so on their terms—and it’s not clear how sustainable their grand strategy is.

Tim Snyder writes on current events at French Press Theory. The views expressed by the author are not necessarily endorsed by this organization and are simply provided as food for thought from Intellectual Takeout.???????????