Read Literature to Learn and Love the Truth 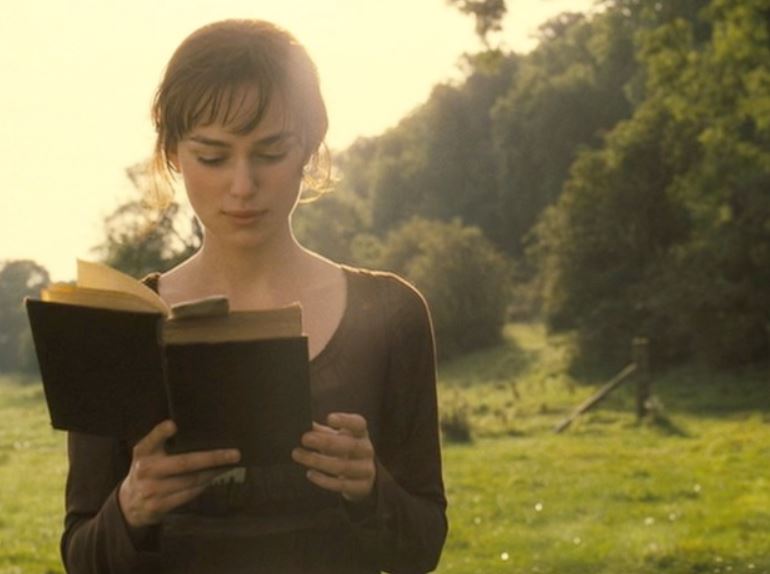 The other night I testified (via telephone) before the Alaska state legislature, on the standards their public schools are adopting for classes in English. I’d read the standards but didn’t have them in front of me, so I was taken aback when one of the representatives plucked a directive out of all the verbiage and asked me whether I had a problem with it.

If I remember correctly, the directive he read was this one, for high school juniors and seniors. It is the Prime Directive for classes in literature: “Cite strong and thorough [sic; can evidence be weak and thorough?] textual [sic; what other kind of evidence is there going to be in a text?] evidence to support analysis of [sic; meaning: to show] what the text says explicitly as well as inferences [sic; is “inferences” another object of “cite,” or of the infinitive “to support,” or of the preposition “of”?] drawn from the text [sic; as opposed to “from thin air”], including determining [sic; what is doing the “including”? Who in the sentence is “determining”?] where the text leaves matters uncertain.” Translated into English: “Discuss what the author says most clearly, what he merely implies, and what he leaves uncertain.”

Now that I have the benefit of some time for reflection, and for looking at the page in question, I see that I missed an opportunity to make a crucial point. It has less to do with literature, to which I’ll return in a moment, than with the whole aim of an intellectual life—even of a human life. That aim is to behold the truth, and to love it for its beauty.

It’s hard to keep that foremost in mind, when we are met at every turn with a barrage of ugliness: expensive, deliberate, programmatic ugliness, such as that of the prose from the Alaska standards for reading and writing; and when the eyes of the soul are washed in the carbolic acid of relativism; and when truth is reduced to what is demonstrable by means of some measurement; and when reason is but a clever tool for procuring what will sate the appetite.

In our world, then, the only arguments considered valid are those that come primped up with academic studies, footnotes, graphs, and, to quote the perspicacious Mark Twain, “lies, damned lies, and statistics.” To teach students to respect only the canny marshaling of pieces of purported evidence is not to teach them to think. Old Socrates dealt with this folly long ago. It is to teach them instead to submit to the sophists, just as Socrates’ young friend Phaedrus was about to do, when he encountered Lysias’ plausible self-serving argument that it is better to give your favors to an older fellow who is not in love with you, than to one who is.

Alas, I should have said, in the hearing of those Alaskans, “Truth sometimes comes to us in a flannel shirt and denim trousers.” But only if we set our hearts upon the truth will we suspect that the farmer over there, who does not have sociological studies at his fingertips, is speaking it. The trick is to raise people who will not give the field over to the academics, the experts, the well-heeled recipients of grants for discovering what they knew they had damned well better discover in order to justify the grant. Academe is a cauldron of eels. It is stuffed full of poseurs and liars. The trick is to raise people sagacious enough to distinguish between a falsehood even if propped up by sophistication, and a truth even if naively or poorly expressed.

You won’t do that, generally, by raising up people who will pore over somebody’s charts and find where the question-begging crept in, or how the sample was skewed, or what the important questions were which the researcher never bothered to ask. Yes, some few people will have to do that sort of thing, just as we need some people to clean out our septic tanks. But most people will have neither the time nor the inclination for it. That is where, for them, the humanities come in.

The young person who is steeped in history will be armed against the latest fashions in What Everybody Knows. He’ll understand, if but intuitively, that a study conducted by an eel, in the pot of eels, on the habits of the other eels, is going to be of limited applicability to raccoons foraging freely over the woods.

The young person trained by good books to look at the reality of things will be armed against the sophomoric skeptic. If you say to him, “Where is your proof that children are better off growing up with a married father and mother?” he will look at you, and rightly, as if you were a color blind person demanding proof of the existence of green. He might reply, “Do I need to wait for a sociologist to do a study to prove to me that children should play outside?” Of course they should grow up with a married mother and father. He sees in his mind’s eye Oliver Twist and the Dodger and the rest of the rabble of boys, huddling in the condemned building with Fagin, who teaches them to steal, and who secretly turns them over to hanging when he’s through with them. He sees Jane Eyre, and Esther Summerson, and Tom Jones.

You read good books to join in conversation with people who see farther or more deeply than most of us. You enter the quiet room with Jane Austen, who says, with a sly smile, “Is it really true that we understand our own desires? How often rather do we conceal them from ourselves by clever names? Didn’t young Emma do that, when she nearly spoiled the life of her young friend Harriet?” Robert Browning laughs from the corner, beckoning you to come near. “Miss Austen is surely right about that! But have you ever stopped to think that some people do evil by owning up to their desires and revealing them, at the right moment and to the right person? Allow me to introduce you to my Duke, and the painting of his last Duchess.”

“Yes,” says a slender, sober man in a tunic, who looks as if he’s spent most of his life listening and not speaking. “The Queen of Carthage was once a noble and pious woman, until she was seized by her dreadful desire. It spares no one.” He seems as if he were about to add something, but falls silent again.

“But there are two loves, and not just one,” says a man with a bishop’s miter, “and two cities, each built upon the foundation of one of those loves. The one city is called Babylon, and the other is called the New Jerusalem.”

“That first city’s name is Florence,” says a sardonic poet with a set jaw and an eagle’s beak for a nose. “I should know, because I lived there.”

“And they threw you out of the city,” says Browning, coming over to Dante to throw an arm around his neck. “By the way, that painting you said you were making of Beatrice, what happened to it? I would give more for that painting, just because you were not a painter, than I would for another fifty of your love poems, as highly as I esteem them!”

“But doesn’t my thought shine more brightly in the poetry, in which I’m skilled, than in a painting?”

“I don’t want your thought. I have that already. I want the human being in all his ordinary glory and weakness. I wrote a poem about that painting, you know. It was a love poem for my wife Elizabeth. Have you met her?”