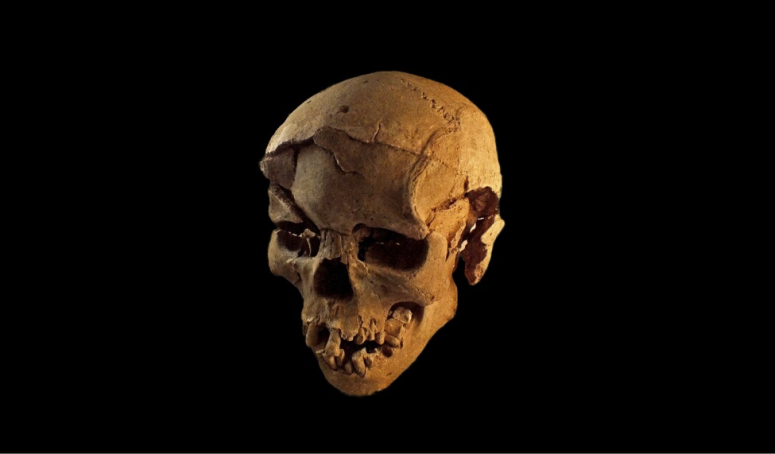 A mass grave 9,500-10,500 years old has been discovered, and the bodies show evidence of a violent death at the hands of fellow men.

According to a recent article in The Atlantic, researchers say this site shows that our hunter-gatherer ancestors were not as peaceful as we have presumed.

The site was discovered in 2012 in Nataruk, Kenya. Of the 27 bodies found, many showed signs of violence:

“Ten of the bodies had signs of injuries that were likely lethal: Five showed evidence of blunt-force head trauma, and five or six (one was ambiguous) had markings consistent with arrow wounds around the head and neck. Several of the skeletons also had fractured hands, knees, and ribs, and some were found in positions suggesting that their arms and legs had been bound.

The researchers also discovered a few arrows at the site made of obsidian, a volcanic rock that wasn’t native to the area, indicating that whoever had attacked had traveled far from home to do so.”

While many scientists had previously theorized that the Paleolithic era was devoid of warfare, anthropologists believe that this site demonstrates that small-scale violent conflict was alive and well even during that time period.

The deaths of people 10,000 years ago may seem irrelevant to modern life, but the site has brought up questions about human nature:

“When it comes to the origins of warfare, there are two main schools of thought. One school believes the propensity for violence is embedded deep in human nature; the other believes that it arose in response to the need to protect property, a symptom of humans’ move from nomadic hunting and gathering towards a more settled lifestyle.”

Do you tend to side with the former school, or the latter? Is a propensity toward violence simply part of human nature?