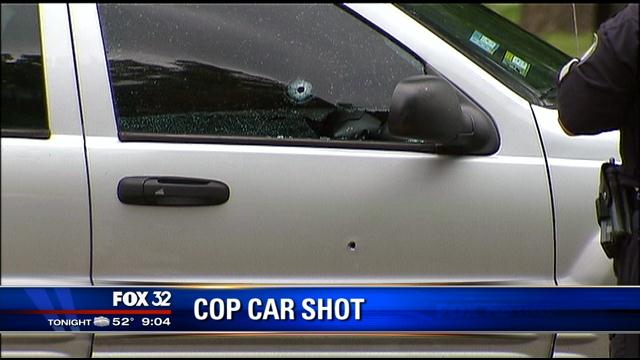 Cop blogs can give you a fascinating insight into what’s going on behind the badge. If you want to get a glimpse of the realities and politics of police work in Chicago, check out Second City Cop, which gets about half a million pageviews each month.

Some of it is rather humorous, like this request for police assistance:

But even in the humor, you realize that big-city cops get tossed into all kinds of situations and often must make split second decisions. Furthermore, like in the situation above, you can quickly guess how that situation could go wrong when the cops show up and the very person who called the police could suddenly turn against them.

And in some of those situations, cops screw up. Some are just not suited for the work. But there are also a lot of bad laws on the books, political pressures, and the pure brutality of the job that take their toll. Additionally, if we’re honest, there is also the problem of ideologically driven media coverage and naïve portions of the public.

These days, most police departments are feeling the impact of Ferguson; Chicago wasn’t immune. The police there were already pushed back on their heels by the political winds when the Laquan McDonald shooting scandal exploded onto the scene. If you’re not familiar with the case, Laquan McDonald was high on PCP while breaking into cars “through a Burger King parking lot and onto busy Pulaski Road. As officers awaited backup units armed with Tasers, they tried to corral McDonald to keep him away from passers-by. At one point, McDonald used the knife to slash the front tire of a squad car trying to block his path.”

All well and good. Presumably, nobody wants a guy high on PCP running around the streets with a knife. If D.A.R.E. taught us anything, PCP’s a hell of a drug. But the first problem for the Chicago police came when,

“According to the video, Van Dyke and his partner arrived 10 minutes after the first call. Their weapons were drawn as they stepped from the Chevrolet Tahoe. Within six seconds of exiting the police car, Van Dyke opened fire. Fifteen seconds later, he had emptied his 16-round handgun, authorities said. His partner asked him to hold his fire as Van Dyke reloaded, authorities said.”

If you’ve shot a pistol before, you’ll know that it doesn’t take but a few seconds to rip through sixteen rounds. Again, in mere seconds what seems like the right decision in the moment may later be seen as a mistake. That is why we have courts – though, admittedly, there are problems there as well.

What made the situation such a scandal is that it has become apparent that the police were instructed to hide the video of the shooting by Mayor Rahm Emmanuel’s office because there was an election. Here’s The Daily Beasts’s coverage:

“Emanuel could have ended up with Ferguson times 50.

As it was, Emanuel failed to win a majority in the Feb. 24 election. He became the first mayor to face a run-off since the city instituted nonpartisan voting nearly a quarter-century ago.

Perhaps it was only a coincidence that the lawyers for the McDonald family contacted the city three days later, seeking a settlement before they actually filed a lawsuit in federal court. The city says the McDonald family initially sought $16 million.

A $5 million deal was in the works on April 7, when Emanuel won the run-off. The settlement was presented to the City Council’s committee on finance six days later, on April 13. The city’s corporation counsel, Steve Patton, testified in favor of the deal, which declared that ‘the City of Chicago denies allegations of wrongdoing and further denies any liability,’ while allowing there is ‘potential evidence’ that could result in criminal charges, presumably against the cop. There was a standard confidentiality clause, such as is often a defendant’s primary goal in settling a civil case.

Now we see how police work and justice can get very ugly when politics get involved. Furthermore, it presents quite the question, is the bigger issue in this scandal a cop acting wrongly and a man dying as a result or the mayor creating a miscarriage of justice by covering it up with a $5 million payment in order to win an election?

In the wake of the scandal, the police superintendent has been let go and new policies have been instituted in an attempt to record every police interaction with the public. Needless to say, the police don’t seem to believe that anyone has their backs.

One example that’s coming to light is the change from “contact cards” to “Investigatory Stop Reports” (Page 2) that must be filled out if an officer makes contact with the public. Here’s the Second City Cop take on it:

You also have to give receipts under circumstances that are pretty unclear at this point and the information forthcoming is conflicting. This whole system is being rolled out with ZERO training aside from a video. The classroom portion of this isn’t even scheduled to begin until March.

And if you make errors…..Whoa Nellie. The sergeant is required to kick it back and prepare a separate report for each rejection outlining corrective action. And the ACLU is getting every single copy of the card – your submission, the sergeant rejection, your corrected version, and the final version, all to be subjected to a rigorous examination by the ACLU lawyers.

Little wonder activity has dropped off by extraordinary amounts.”

It would appear that in response to the outcry over police violence, police activities will be micro-managed. Whether you’re for it or not, the response by police is predictable: “Stay Fetal.” Here’s an example from Second City Cop:

That term seems to have come from Mayor Emanuel:

“Last year, Mayor Rahm Emanuel said rank-and-file officers had gone ‘fetal’ out of fear that one wrong move might put them in the headlines … or worse.

‘They have pulled back from the ability to interdict … they don’t want to be a news story themselves, they don’t want their career ended early, and it’s having an impact,’ the Washington Post quoted Emanuel as saying.”

There should be no doubt that the drop-off in activity is actually quite a big deal. According to Chicago’s FOX32,

And according to Chicago’s DNAinfo:

“There also has been a 37 percent decline in gun arrests and a 35 percent decrease in gun confiscations compared to last year, according to police data.”

As for the amount of “pro-active” policing taking place, that’s also down substantially based on the number of Investigatory Stop Reports (ISR) filed. DNAinfo reports:

“In the first 11 days of the year, officers filed just 3,916 investigative stop reports compared to 16,698 during the same time period last year, according to police data.”

While the police adopt a slower pace to their work, a CBS News headline reports,

“On average, one person has been shot every three hours in Chicago since January 1st.

Just two hours into the New Year, 24-year-old Deandre Holiday was gunned down after a fight at a New Year’s Eve party spilled into the street. He’s Chicago’s first homicide of what’s so far been a bloody 2016.

Since January 1st, 110 people have been shot — compared to 37 during the same time last year. That’s a nearly 200 percent increase.”

Since that CBS News report of 110 people being shot in 2016 on January 14, there have already been another 62 shootings in just five days, and January isn’t even over. The Chicago Tribune reveals that for the entire year of 2015 there were 3,000 total shootings. Interestingly, throughout the entire year of 2015, Chicago police shot only 22 people, eight of them fatally. In 2014, the Chicago police shot 37 people, sixteen of them fatally. That’s all according to the Chicago Tribune, too.

Yes, there is police abuse and there are problems with the justice system. But if the Chicago police “stay fetal,” the people of Chicago may have to come to terms with the fact that they have a much bigger problem on their hands than the cops. And when that realization comes, what will they want done about it?