Are Computers Contributing to the Decline of Writing Skills? 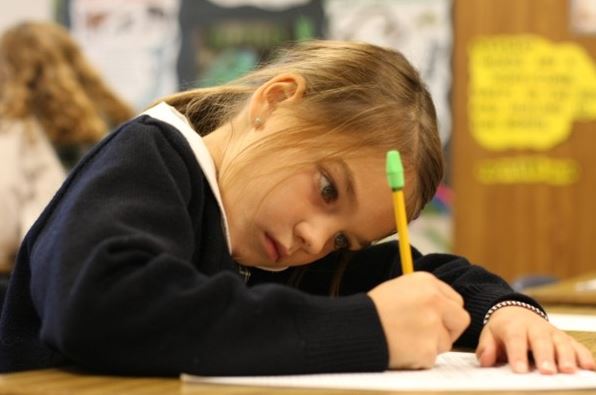 According to new research from the Department of Education, the switch to computer-based writing tests shows a decided decline in the writing ability of fourth–grade students, particularly for low or average performing students. As Jill Barshay from the Hechinger Report explains,

“Last year, more than half of U.S. states gave computer-based writing tests to children as young as third-graders. Some wrote their paragraphs with a pencil and paper; the majority used a computer.

But a new, deeper analysis of the 2012 writing pilot, released to the public in December 2015, found more complicated results. It compared the computer-written essays with a pencil-and-paper test given to fourth graders two years earlier, in 2010. High-performing students did substantially better on the computer than with pencil and paper. But the opposite was true for average and low-performing students. They crafted better sentences using pencil and paper than they did using the computer. Low-income and black and Hispanic students tended to be in this latter category.”

Barshay and others attribute such a performance gap to the need to give children more training in computer skills such as typing and Word processing.

Perhaps, but is it also possible that using computers instead of pencil and paper may contribute to a decline in scores? Research has demonstrated that adults retain more information when they take notes on paper rather than computer. And when it comes to children, other research demonstrates that manually forming letters activates more brain activity than does typing.

In the digital age in which we live, it’s certainly beneficial to teach children to capably use the technologies with which we’ve become accustomed. But are we increasingly placing an overemphasis on those skills, while sidelining other more natural ones? And is it possible that such a practice is contributing to American students’ poor writing proficiency?