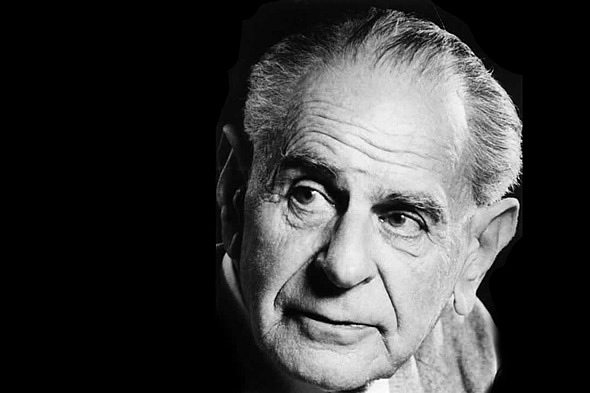 1) “True ignorance is not the absence of knowledge, but the refusal to acquire it.”

2) “The attempt to make heaven on earth invariably produces hell.”

3) “Whenever a theory appears to you as the only possible one, take this as a sign that you have neither understood the theory nor the problem which it was intended to solve.”

4) “We are social creatures to the inmost centre of our being. The notion that one can begin anything at all from scratch, free from the past, or unindebted to others, could not conceivably be more wrong.”

5) “Philosophers should consider the fact that the greatest happiness principle can easily be made an excuse for a benevolent dictatorship.”

6) “The so-called paradox of freedom is the argument that freedom in the sense of absence of any constraining control must lead to very great restraint, since it makes the bully free to enslave the meek.”

7) “No rational argument will have a rational effect on a man who does not want to adopt a rational attitude.”

8) “A rationalist… is a man who would rather be unsuccessful in convincing another man by argument than successful in crushing him by force, by intimidation and threats, or even by persuasive propaganda.”

9) “Do not allow your dreams of a beautiful world to lure you away from the claims of men who suffer here and now.”

10) “Always remember that it is impossible to speak in such a way that you cannot be misunderstood: there will always be some who misunderstand you.”