The Ideologies of Capitalism and Socialism 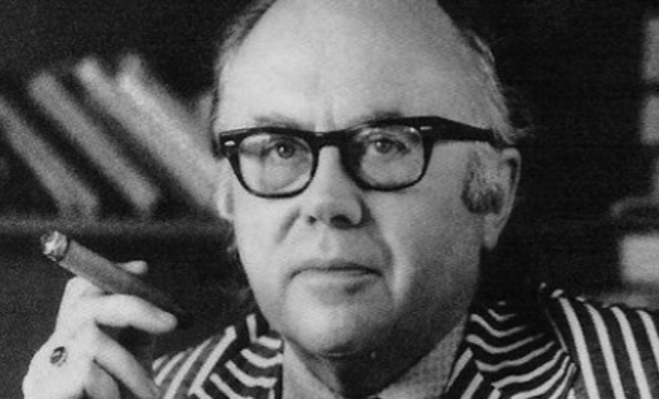 “Capitalism” and “socialism” both are 19th century ideological tags; they delude and ensnare, as do all ideologies. Zealots for “democratic capitalism” seem to have forgotten that it was Karl Marx who made the word “capitalism” a theoretical concept. Surviving enthusiasts for an abstraction called “socialism” impose killing burdens upon themselves by endeavoring to maintain a cause hopelessly discredited by the squalid oligarchs of actual socialist states.

The conservative, no ideologue, does not believe that human existence is mostly a matter of economics; but both the belligerent “capitalist” and the fervent “socialist” do so believe. I recall the sentences of my old friend Wilhelm Roepke, writing nearly four decades ago in his important book The Social Crisis of Our Times:

“Socialism, collectivism, and their political and cultural appendages are, after all, only the last consequence of our yesterday; they are the last convulsions of the nineteenth century, and only in them do we reach the lowest point of the century-old development along the wrong road; these are the hopeless final stage toward which we drift unless we act…

“Socialism—helped by the uprooted proletarian existence of large numbers of the working class and made palatable for them by just as rootless intellectuals, who will have to bear the responsibility for this—is less concerned with the interests of these masses than with the interests of these intellectuals, who may indeed see their desire for an abundant choice of positions of power fulfilled by the socialist state.”

Amen to that. The ideologies of capitalism and socialism are the two sides of a counterfeit coin. We ought to discourse in other terms, employing some moral imagination and confronting honestly our disorders, public and private, at the close of the 20th century. Indeed we seem to be drifting into what Irving Babbitt called “a devil’s Sabbath of whirling machinery;” but the human condition would not be improved by substituting “socialist” social engineers for “capitalist” social engineers.

Of course one encounters here and there, still, well-meaning individuals who think of themselves, somewhat vaguely, as socialists. But one has only to observe at close range the exiting Labour Party of Britain—which, after all, is more humane than most socialist groups—to apprehend how dismal a socialist order would be. The aspirations of the 19th-century Christian Socialists of France and Germany, or of the British guild socialists, have gone glimmering altogether. How can one make an alliance with ghosts?

The “capitalist” ideologues who proclaim that the Holy Market is the be-all and end-all are working their own destruction. As truly private property gives way to colossal mergers and combinations, the prediction of Marx is increasingly fulfilled: monopolies and oligopolies find few defenders in rough times, and are converted readily into agencies of the state. As the liberals’ moral nihilism dissolves the inner order and the outer, truly things fall apart. For the sake of the permanent things, we ought to transcend mere faction and unite to redeem the time.

But to exchange “capitalist” claptrap for “socialist” claptrap will not suffice. So long as the socialist genuinely remains attached to socialist dogma, he will be the conservative’s adversary.

What defenders of the permanent things should seek is not a league with some set of old-fangled or new-fangled ideologues, but the politics of prudence, enlivened by imagination. Politics remains the art of the possible. The market does have its virtues—in moderation; but let us not worship Kipling’s “Gods of the Market-Place.” The claims of community are genuine—in moderation; but let us not immolate ourselves for what Roepke called “the Cult of the Colossal.” The remedies or palliatives for our present fallen state of spiritual and political ill-health necessarily are complex, never to be achieved by ideological passion.

Russell Kirk (1918-1994) was the author of some thirty-two books, hundreds of periodical essays, and many short stories. Both Time and Newsweek have described him as one of America’s leading thinkers, and The New York Times acknowledged the scale of his influence when in 1998 it wrote that Kirk’s 1953 book The Conservative Mind“gave American conservatives an identity and a genealogy and catalyzed the postwar movement.”