The Educational Value of Shame 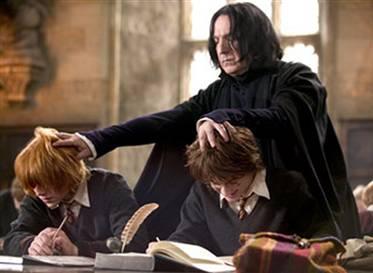 Undoubtedly, one of my best educational experiences was the graduate-level Latin course I took in Rome. Within six months, the teacher was able to clear up all confusion that had accumulated in my previous six years of Latin.

How? Well, for one, the teacher was one of the best Latinists in the world: Fr. Reginald Foster, former Latinist for the Vatican. Here’s a video of him below:

But there was another key element present in the class that invariably contributed to student learning: shame.

If you muffed a translation, or mispronounced a word, Foster would immediately call you out — gruffly — in front of the one-hundred or so students who packed the room. I distinctly remember when, as one student was giving an incorrect translation, Foster walked over to the board and slowly wrote “STERCUS” — the Latin word for “shit.”

Undoubtedly, this crucible of shame could be rough. On more than one occasion I turned red and felt embarrassed. Nevertheless, this shame served a valuable educational service: it made you remember your mistake, and fear lest you make it again. (Perhaps some of you have experienced similar phenomenon when you get corrected by grammar nazis on Facebook.)

For most of human history, not only schools but societies have depended on the educative power of shame. It serves an organic, self-regulating function among people, and discourages them from committing wrong actions apart from any legal threats. When a people loses a sense of shame, on the other hand, this self-regulating function disappears, and the number of punitive laws tends to increase.

We live in a time where shame has a largely negative connotation, and is considered by many to be a form of emotional violence. But, to return to the example of my Latin class, I can confidently say that my fellow students did not experience any long-term emotional damage from Foster’s rather mild shaming. We were well aware that it was not mean-spirited; Foster simply thought he would be doing students a grave disservice if he allowed their mistakes to go unchecked.

In other words, as strange as it may sound to modern ears, Foster’s shaming was a manifestation of authentic care for his students.