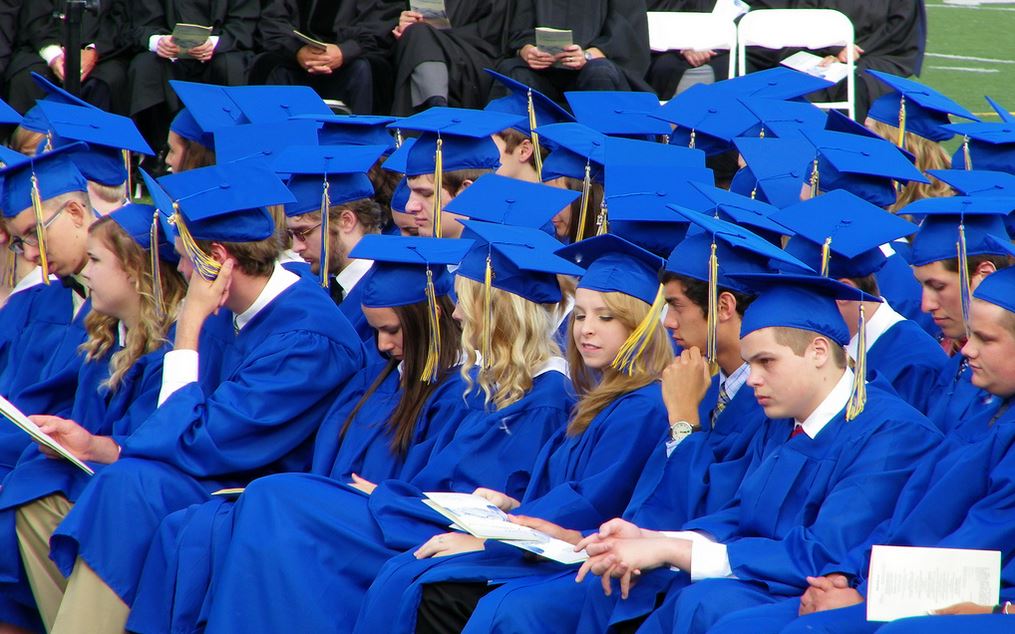 There is much rejoicing in recent headlines, for the U.S. high school graduation rate has reached a new high.

“For the fourth straight year, the U.S. high school graduation rate has improved to an all-time high of 82 percent in the 2013-2014 school year, the Department of Education announced today. Achievement gaps have narrowed too, with graduation rates ranging from 89 percent for students classified as Asian/Pacific Islanders to 62.6 percent for English-language learners.

‘It is encouraging to see our graduation rate on the rise and I applaud the hard work we know it takes to see this increase,’ said Education Secretary Arne Duncan in a statement.”

It’s easy to understand why the report is being met with such exuberance. In the past few years, the education system has devoted a lot of attention and resources to increasing the number of students who graduate high school on time. But are rising graduation rates really an indication that education in America is improving?

Not necessarily. As NPR hints, there are a number of indicators showing that students are being allowed to graduate without a command of reading, math, science, and any number of other subjects. According to the most recent Nation’s Report Card, less than half of America’s high school seniors attained proficiency in these areas.

To sum up, a larger percentage of U.S. students are graduating from high school than before, yet many of them are still unprepared for college. Are America’s high schools simply engaging in social promotion, then?