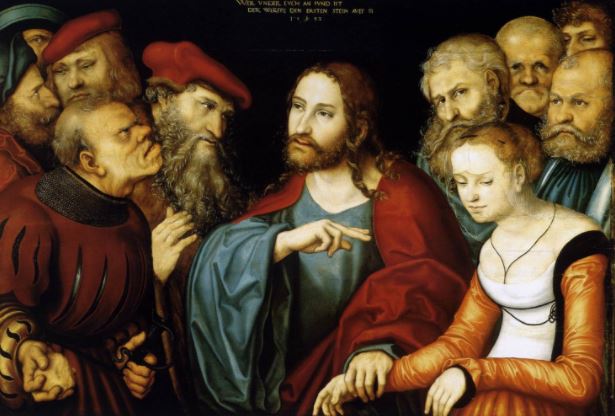 Quite often one will see individuals quoting the Old Testament to either prove the barbarism of Christianity or equate it to Islam with that faith’s Quran. Unfortunately, a lot of folks end up looking exceedingly foolish doing so.

EvilBible.com is a commonly used source. Its motto is “Fighting against immorality in religion.”  Currently, the homepage is down for maintenance, but you can see some of its content here. Below is a screenshot with some examples:

So, if that’s what the Bible tells Christians to do, why aren’t they doing more killing? That’s where intellectual honesty is needed.

Christianity is a 2,000-year-old tradition grafted to Judaism. If you want to ask anyone about living life solely according to Old Testament books such as Exodus, Deuteronomy, or Leviticus, you’re going to actually want to ask an Orthodox Jew, not a Christian. And even then, you’re going to have to take into consideration the various Jewish traditions, such as the Talmud, which provide millennia-old interpretations of the books of the Old Testament.

When it comes to Christianity and the Old Testament, one should know that most of the laws and rules of the Old Testament do not apply to Christians because of how the faith developed. For instance, in considering stoning, Christians will be familiar with the story of Christ and the woman accused of adultery. It provides revealing insights into how Christians actually view things through Christ’s actions. Here is an excerpt from chapter 8 of the Gospel of John, which is in the New Testament (the numbers indicate the verse):

“1 …and Jesus went to the Mount of Olives.

2 At daybreak he appeared in the Temple again; and as all the people came to him, he sat down and began to teach them.

3 The scribes and Pharisees brought a woman along who had been caught committing adultery; and making her stand there in the middle

4 they said to Jesus, ‘Master, this woman was caught in the very act of committing adultery,

5 and in the Law Moses has ordered us to stone women of this kind. What have you got to say?’

6 They asked him this as a test, looking for an accusation to use against him. But Jesus bent down and started writing on the ground with his finger.

7 As they persisted with their question, he straightened up and said, ‘Let the one among you who is guiltless be the first to throw a stone at her.’

8 Then he bent down and continued writing on the ground.

9 When they heard this they went away one by one, beginning with the eldest, until the last one had gone and Jesus was left alone with the woman, who remained in the middle.

10 Jesus again straightened up and said, ‘Woman, where are they? Has no one condemned you?’

Here we find the crux of Christianity, it is about obeying God’s laws, but it is also about forgiveness and changed lives. Hence, whenever Christ comforts or defends a sinner, he also tells them to “sin no more”.

Remember, too, that the New Testament is composed of three types of writing:

Extensive oral and written traditions informed and still inform Christians on how to interpret the New Testament. In many ways, the writings found in the New Testament convey an incomplete picture of Christianity without understanding the context and the traditions that inform its books and letters. For Catholics this teaching tradition is called the Magisterium and there is a Catechism to help guide believers.

As for the Old Testament, Christians were officially freed of many Old Testament obligations. The historical record affirms this tradition. A good example from the first century of Christianity took place at the Council of Jerusalem. Here is how Britannica, a non-Christian source, describes the council:

The ensuing apostolic conference (noted in Acts 15:2–35), led by the apostle Peter and James, ‘the Lord’s brother,’ decided the issue in favour of Paul and the Gentile Christians. From this time onward Gentile Christians were not bound by the Levitical ceremonial regulations of the Jews, except for the provisions of the so-called apostolic decree: abstention ‘from what has been sacrificed to idols and from blood and from what is strangled and from unchastity’ (Acts 15:29). The Council of Jerusalem thus demonstrated the willingness of apostolic leaders to make compromises on certain secondary issues in order to maintain peace and unity in the church.”

That is just one of many examples showing why Christians do not act upon many Old Testament laws. It is either intellectually dishonest or ignorant to claim otherwise.

If you want to debate Christianity with Christians, that’s perfectly fine and very intellectual. Indeed, that’s been happening since its beginning with sophisticated arguments proposed by all sides. But when you enter the fray, be sure to do so intellectually understanding the faith instead of using straw man arguments. The same goes for discussions about any other religion.