No Yoga for You! 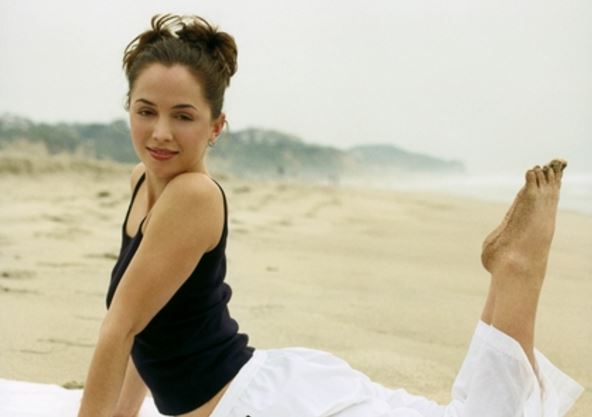 According to sociologists, cultural appropriation occurs when a dominant culture takes culturally significant practices or symbols from a weaker culture. Such takings are seen as oppression or even cultural genocide and therefore, “bad”.

“Yoga has been under a lot of controversy lately due to how it is being practiced and what practices from what cultures (which are often sacred spiritual practices) they are being taken from… Many of these cultures are cultures that have experienced oppression, cultural genocide and diasporas due to colonialism and western supremacy, and we need to be mindful of this and how we express ourselves and while practicing yoga.”

When it comes to cultural appropriation, even The New York Times admits, “It’s a truth only selectively acknowledged that all cultures are mongrel.” That presents the first problem when it comes to cultural appropriation arguments. If cultures are fluid, how are we to know who can actually claim a practice or symbol? And what if cultures or ethnicities previously believed to be oppressed are revealed to be oppressors themselves? Are we left with the cultural version of Christ’s challenge to let him who is without sin cast the first stone? Recall that no one could cast a stone against the adulteress.

It is true that yoga originated from the Hindu religion which is primarily practiced in India by Indians. These days, though, you can’t go past a strip mall in the United States without seeing a workout place advertising core yoga or some other variant of the religious practice. Even public schools are embracing it as a means of calming the kids down. For many Americans, yoga has replaced the practices of Christianity as the means of finding peace in the world and calming their anxieties. For the last fifty years or so, churches in America have been losing attendees in droves. Oddly enough some cultural appropriations, such as yoga, actually push aside the older cultural traditions and civilizational roots.

And while it is also true that men of the West have committed bloodshed and conquered other peoples, one cannot deny that the West has much to be proud of. Many of the great political, humanitarian, artistic, architectural, and scientific advancements of humanity have taken place in the West. As unpopular as it is to point out, those advancements came out of a civilization generally identified with whites and deeply rooted in Christian Hellenism, the synthesis of Christianity and Ancient Greek philosophy with Roman law thrown into the mix. It’s often referred to as the Judeo-Christian, Greco-Roman tradition. That tradition has only faded recently as the West seems to have abandoned its foundation in a sort of cultural suicide.

But if whites and Western Europeans in general are not allowed to appropriate other cultural traditions, what are they left with other than turning back to their own cultural traditions and civilizational foundation? Arguably, it is in the nature of humans to be tribal. As the old phrase goes, “Birds of a feather flock together.” And when individuals are feeling downtrodden or ganged up upon, whether perceived or real, they are likely to group together based on commonalities. While it is doubtful that white elites would lead such a pushback, there’s a strong possibility that such instincts will bubble up organically over time given recent polling that shows whites are feeling “oppressed”.

If it comes, such a change likely would be measured in generations, not in years. The question is, will it happen? And will America be able to handle a resurgence of Western man?