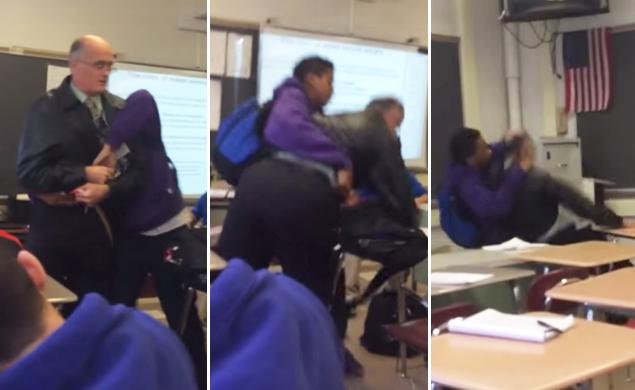 Teachers in Minnesota’s St. Paul Public Schools district are considering a strike – but not over pay or benefits. Instead, they’re concerned about their own safety.

According to a local newspaper, discipline problems in the district have escalated, particularly since “St. Paul spent more than $1 million on Pacific Educational Group, a San Francisco consulting firm that purports to create ‘racially conscious and socially just’ schools.”

But the straw that broke the camel’s back happened last Friday in the lunchroom of Central High School. From the Star Tribune:

“Police say a 16-year-old student attacked a science teacher and the student’s 15-year-old brother punched the assistant principal during a fight in the lunchroom at a St. Paul high school.

According to one Central High student, the problem at the school isn’t so much the fighting, but the level of disrespect that is shown toward the teachers because “kids are allowed to push boundaries and curse at teachers unchecked.”

Today, many schools encourage policies which take a student’s racial, social, and economic background into account, taking care to be sensitive and non-damaging to his or her self-esteem in the process of handling discipline issues. But are violent incidents like those at Central High demonstrating that schools have been misguided in this approach? Do schools need to re-establish boundaries and respect for teachers and other school authorities?