C.S. Lewis: High Schools Should Focus on the Basics 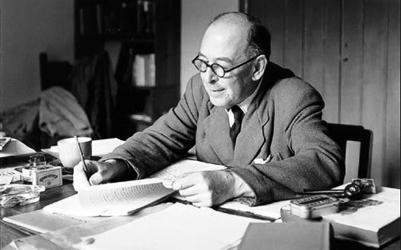 But in the history of Western education, that’s a fairly recent development.

From ancient times up until the 18th century, after attending a primary school, students would usually move on to a grammar school. The purpose of the grammar school was to give students a thorough grounding in the knowledge and skills needed to attend college (which they could begin at the age of 15 if they were ready).

The typical curriculum for the grammar school would have consisted of—you guessed it—a heavy dose of grammar, plus Latin and Greek literature and history, translation, writing, memorization, and rhetoric.

But during the Enlightenment, things began to change. In 1749 Benjamin Franklin founded the Academy of Philadelphia to rival the traditional grammar schools. For the academy, Franklin put together a curriculum designed to be more “practical” and utilitarian, and to last six years. He envisioned that “youth will come out of this school fitted for learning any business, calling or profession, except such wherein languages are required,” and that graduates could “pass through and execute the several offices of civil life, with advantage and reputation to themselves and country.”

Below is the original curriculum that Franklin designed for the academy, which was to be emulated and developed by other academies in the coming years:

For decades, traditional grammar schools and academies competed for students. But Franklin’s vision for secondary education eventually won out in America, and the high school curriculum gradually became even more diversified over time.

On the positive side, the more diverse curriculum has offered generations of American high school students an initial glimpse into an array subjects they may wish to specialize in one day.

A negative consequence, however, is that the more diversified high school curriculum has made students jacks of many trades but masters of none of the basics. It gives students an all-too-brief experience with skills necessary for quality thinking at the higher level. As a result, college students are having to take remedial courses in basic subjects they should have mastered in high school—reading, math, writing. Employers, too, are finding a dearth of these basic skills even among their employees who have graduated from college.

The famous C.S. Lewis, who attended a more traditional grammar school in England beginning in 1913, had this to say about his education as compared with the more diversified education that has become popular:

“In those days a boy on the classical side officially did almost nothing but classics. I think this was wise; the greatest service we can do to education today is to teach fewer subjects. No one has time to do more than a very few things well before he is twenty, and when we force a boy to be a mediocrity in a dozen subjects we destroy his standards, perhaps for life.”

Based on your experience, do you agree with Lewis? Would it be better to return to the educational model of the past in which fewer subjects were taught in high school in order to produce students who had mastered the basics?