The Dangers of Entangling Alliances 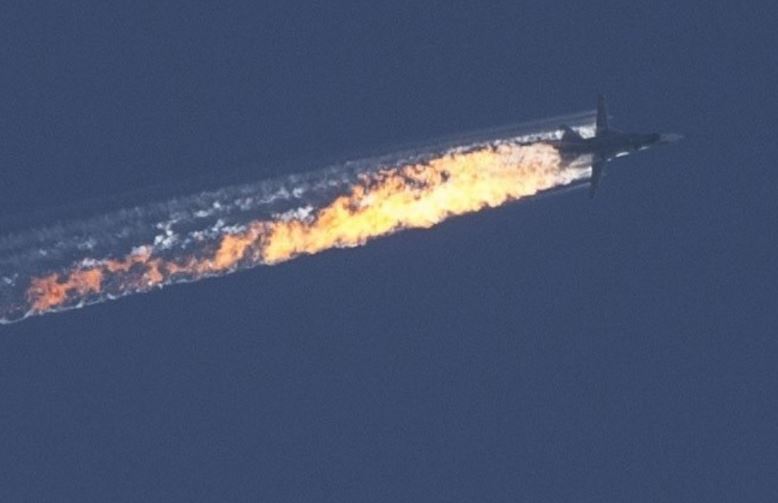 Not a few people around the world have been taken aback and rightly concerned by the shooting down of a Russian fighter plane by the Turks. No doubt, few would want to see a conflict between Russia and Turkey. Worse, though, is the question of whether or not such a conflagration would involve the United States since Turkey is a member of the North Atlantic Treaty Organization (NATO).

In 1949, NATO was created as a means to keep the Soviets in check. Initially, it was an alliance of the United States, Canada, and many Western European countries. If one was attacked, all agreed to defend. As Article 5 of the treaty states,

“The Parties agree that an armed attack against one or more of them in Europe or North America shall be considered an attack against them all and consequently they agree that, if such an armed attack occurs, each of them, in exercise of the right of individual or collective self-defence recognised by Article 51 of the Charter of the United Nations, will assist the Party or Parties so attacked by taking forthwith, individually and in concert with the other Parties, such action as it deems necessary, including the use of armed force, to restore and maintain the security of the North Atlantic area.”

In what was considered a strategic move to contain the Soviets back in the early 1950s, Turkey was initiated into NATO. Fast-forward to this week, when Turkey shot down a Russian fighter jet, and one now wonders what the obligations for the United States and other NATO members will be if Russia were in the remote chance to retaliate against Turkey. Will we be dragged into a regional conflict because of treaty obligations created in a past era?

The concern isn’t farfetched as NATO is now currently meeting to discuss and debate what might happen and what NATO’s response should be. According to some sources, there is serious discord within NATO now.

Given the situation, it might be a good idea to revisit President Washington’s warning against entangling alliances from his Farewell Address given in 1796. The world has changed since then, but the principles still ring true.

“The great rule of conduct for us in regard to foreign nations is in extending our commercial relations, to have with them as little political connection as possible. So far as we have already formed engagements, let them be fulfilled with perfect good faith. Here let us stop. Europe has a set of primary interests which to us have none; or a very remote relation. Hence she must be engaged in frequent controversies, the causes of which are essentially foreign to our concerns. Hence, therefore, it must be unwise in us to implicate ourselves by artificial ties in the ordinary vicissitudes of her politics, or the ordinary combinations and collisions of her friendships or enmities.

Our detached and distant situation invites and enables us to pursue a different course. If we remain one people under an efficient government. the period is not far off when we may defy material injury from external annoyance; when we may take such an attitude as will cause the neutrality we may at any time resolve upon to be scrupulously respected; when belligerent nations, under the impossibility of making acquisitions upon us, will not lightly hazard the giving us provocation; when we may choose peace or war, as our interest, guided by justice, shall counsel.

Why forego the advantages of so peculiar a situation? Why quit our own to stand upon foreign ground? Why, by interweaving our destiny with that of any part of Europe, entangle our peace and prosperity in the toils of European ambition, rivalship, interest, humor or caprice?

It is our true policy to steer clear of permanent alliances with any portion of the foreign world; so far, I mean, as we are now at liberty to do it; for let me not be understood as capable of patronizing infidelity to existing engagements. I hold the maxim no less applicable to public than to private affairs, that honesty is always the best policy. I repeat it, therefore, let those engagements be observed in their genuine sense. But, in my opinion, it is unnecessary and would be unwise to extend them.

Taking care always to keep ourselves by suitable establishments on a respectable defensive posture, we may safely trust to temporary alliances for extraordinary emergencies.

Harmony, liberal intercourse with all nations, are recommended by policy, humanity, and interest. But even our commercial policy should hold an equal and impartial hand; neither seeking nor granting exclusive favors or preferences; consulting the natural course of things; diffusing and diversifying by gentle means the streams of commerce, but forcing nothing; establishing (with powers so disposed, in order to give trade a stable course, to define the rights of our merchants, and to enable the government to support them) conventional rules of intercourse, the best that present circumstances and mutual opinion will permit, but temporary, and liable to be from time to time abandoned or varied, as experience and circumstances shall dictate; constantly keeping in view that it is folly in one nation to look for disinterested favors from another; that it must pay with a portion of its independence for whatever it may accept under that character; that, by such acceptance, it may place itself in the condition of having given equivalents for nominal favors, and yet of being reproached with ingratitude for not giving more. There can be no greater error than to expect or calculate upon real favors from nation to nation. It is an illusion, which experience must cure, which a just pride ought to discard.”

We shall see what comes of the situation. Hopefully there will be peace, but if war does come it will be a painful reminder of Washington’s warning from so many centuries ago.