Did America Use to be Safer? 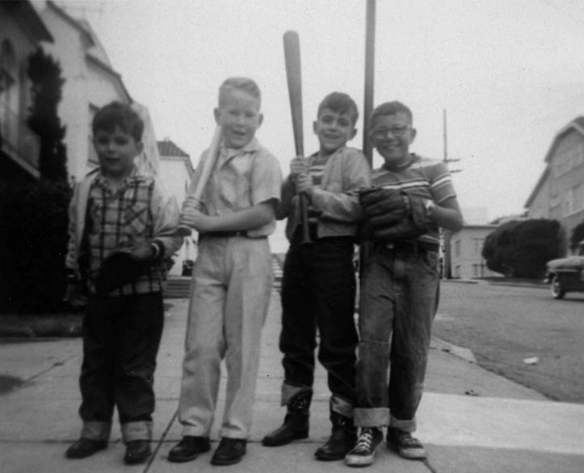 In an article for CNN yesterday, Wall Street Journal columnist Peggy Noonan recounts her childhood summers spent at her great aunts’ house in Selden, NY. To get to the nearest town once a week, she and one of her elderly aunts would hitch a ride from some stranger 25 miles each way.

And, as Noonan remarks, “Nobody killed us.”

“The point of course is that while I was not quite protected as a child, the prevailing American culture itself at that point still functioned as a protective force. Things hadn’t been let loose to such a degree. The messages, permissions, incitements and inducements of the culture were not rough, lowering, frightening.”

She clarifies that “Life then wasn’t Arcadia, there was murder and mayhem because humans are humans, and ‘history is an abattoir’ — but there was a greater feeling extant of safety on the street. Parents could say to their kids, essentially, ‘Go out and play in America,’ and know they’d come back OK that night.”

Most parents today (myself included) do not grant their children the same freedom many of us enjoyed in our youth. We fear our children running into deviant adults, unfriendly neighbors, or Child Protective Services. Some argue that those fears are largely unfounded, that they have been manufactured by the media, and that it’s just as safe for our children today as in decades past.

“Here is my concern. There are not fewer children living stressed, chaotic lives in America now — there are more. There will be more still, because among the things America no longer manufactures is stability. And the culture around them will not protect them, as the culture protected me. The culture around them will make their lives harder, more frightening, more dangerous. They are going to come up with nothing to believe in, their nerves essentially shot. And they’re going to be — they are already — very angry.”