This 1960s Greek Village Was Cut Off from the Modern World 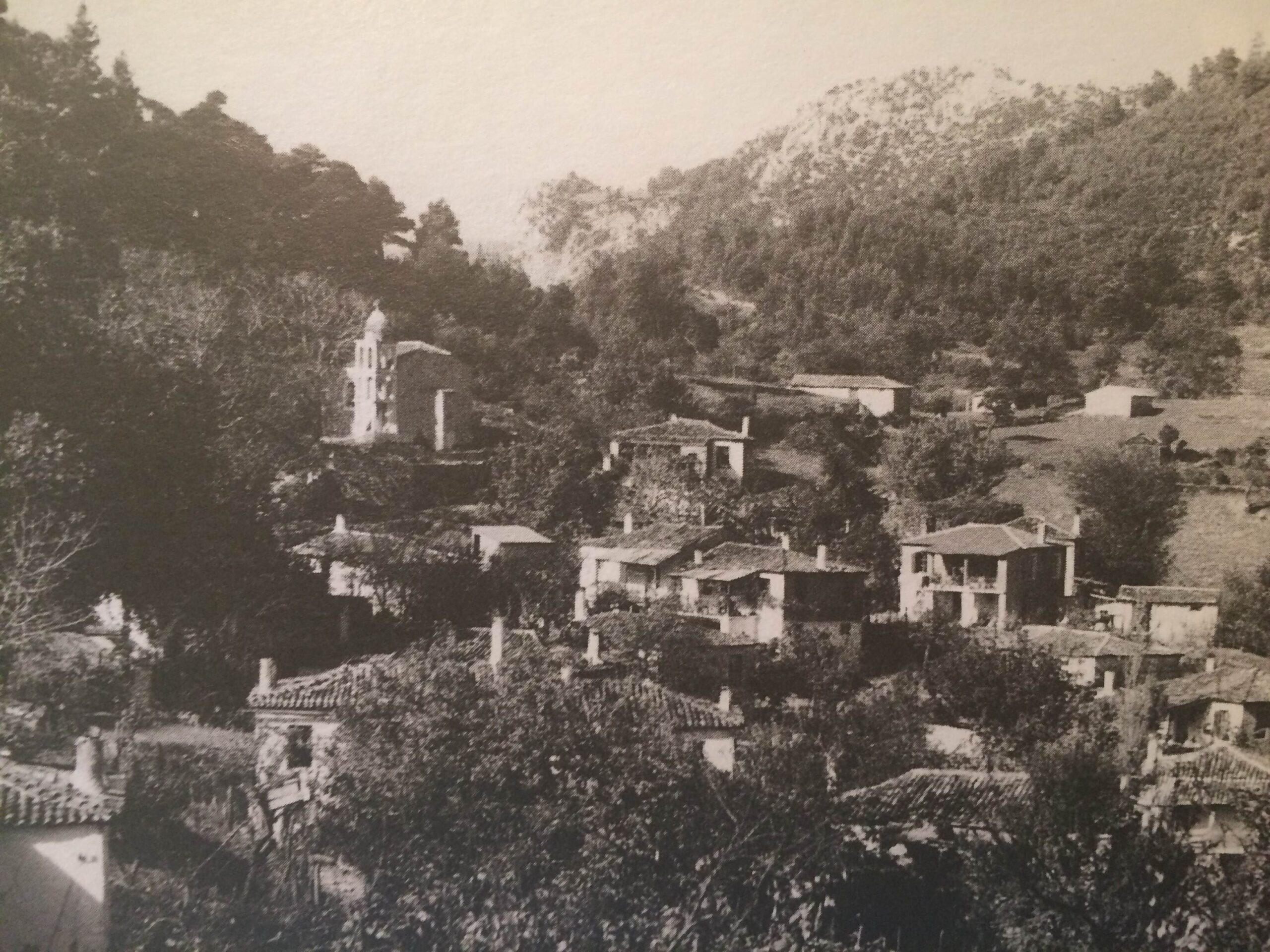 In Portrait of a Greek Mountain Village, anthropologist Juliet du Boulay offers a glimpse of how rural Greek people (and most people in the world) thought and lived before modernity had fully absorbed them. Du Boulay lived in a village known by the pseudonym of “Ambéli” for two years in the late 1960s. Though much of the Western world was rapidly changing during this time, geography and circumstances still dramatically limited Ambéli’s exposure to the outside world.

Here are eight interesting characteristics of life in that village:

1) They lived in close proximity to one another.

“It is apparent from the general construction of the village that it was built as an introverted community whose houses are organized exclusively around its own population and the activities taking place by the fountain.”

2) They lived under the same roof as their animals.

“Within the house not only the family would collect at the end of the day, but also all the creatures and articles involved in that family’s way of life… Membership of this group and right to this shelter were obtained not only by those who by blood or marriage were related to the central family, but also by those who contributed by their work or their produce to its life.”

3) Most were subsistence farmers.

“Even in the present day, the food which the guest is given to eat is for the most part produced by the family’s own work on its own land, and the villagers’ way of life depends primarily on subsistence agriculture.”

“Even the simplest meal produced from family land by the work of the family becomes an act of communion.”

“In only one household that I was ever in for a meal did anyone begin his food before the whole family was collected at the table, and this was a boy of twelve who was reprimanded by his mother for being a pig.”

5) They valued producing something more than buying it.

“If, however, the cash that is earned by the family labour is immediately expended, even though the result of that expenditure is to stock the house with something vital, a different proces has taken place – one that is less satisfactory to traditional village thinking and which could almost be described as dissipation rather than conservation.”

6) The house had a highly symbolic significance.

“It is a sanctuary from the hostility of both nature and society, it is a monument to earlier generations who built it and lived in it, and it is a cornucopia which is filled, not just with fruits but with fruits of the family land gained by family toil.”

7) They had a close relationship with the natural world.

“The villagers, then, have a way of life which is automatically in tune with the natural rhythms of the physical world and its recurrent cycle of birth, fruition, death, and re-birth.”

8) All the homes had religious shrines.

“In one of these two rooms, or perhaps in the little all outside, the icons will be kept on a shelf high up in the eastern corner, with the sanctuary lamp hanging in front. This is lit every Saturday evening, on the evening before a saint’s day, and during the saint’s day itself.”

“As one villager said to me, ‘What is a house without icons? A shelter for animals.'”