Should U.S. Students Get More Exercise and Playtime Like Those in Finland? 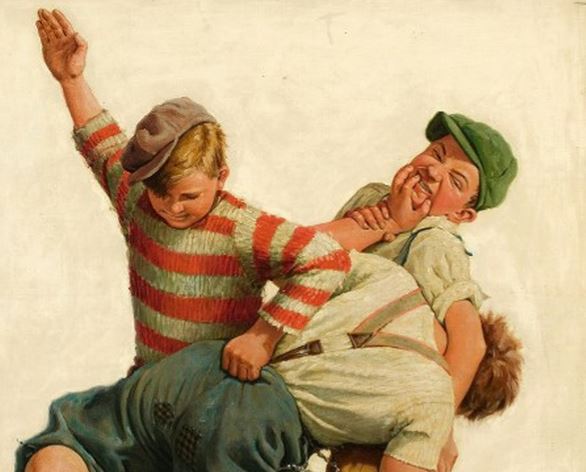 More and more articles have recently been stressing the need to implement meditation techniques in the classroom. As Quartz reported, “Research shows that it is helping to reduce stress and decrease rates of depression.”

But is such a practice simply trying to remedy a situation many schools have brought upon themselves? Could the stress and depression many kids are feeling be resolved simply by giving kids more time to exercise and play?

An article by Tim Walker at The Atlantic seems to imply that this is the case. Walker reports on kindergarten practices in Finland, saying that children are only in school for 4 hours a day (no all-day kindergarten here!) and much of that time is devoted to energetic play. While talking with Arja-Sisko Holappa, a Finnish Education official, Walker was told,

“Play is a very efficient way of learning for children… and we can use it in a way that children will learn with joy.”

“The word ‘joy’ caught me off guard—I’m certainly not used to hearing the word in conversations about education in America, where I received my training and taught for several years. But Holappa, detecting my surprise, reiterated that the country’s early-childhood education program indeed places a heavy emphasis on ‘joy,’ which along with play is explicitly written into the curriculum as a learning concept. ‘There’s an old Finnish saying,’ Holappa said. ‘Those things you learn without joy you will forget easily.’”

By contrast, Walker notes the joyless kindergartens in American schools:

“[T]hree and a half hours of daily literacy instruction, an hour and a half of daily math instruction, 20 minutes of daily “physical activity time” (officially banned from being called ‘recess’) and two 56-question standardized tests in literacy and math—on the fourth week of school.”

When it comes down to it, perhaps today’s school children don’t need meditation techniques to relieve their stress or give them joy – perhaps they just need more play and exercise.

“Exercise and application produce order in our affairs, health of body, cheerfulness of mind, and these make us precious to our friends.”
– Thomas Jefferson, 1787

“I give more time to exercise of the body than of the mind, believing it wholesome to both.”
– Thomas Jefferson