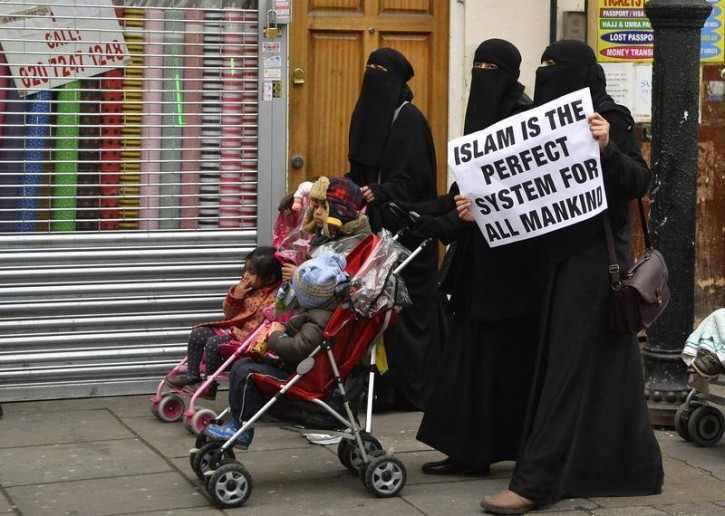 Americans are treated to a lot of scare headlines regarding the growth of Islam. The latest, in Breitbart yesterday, is that “Arabic is [the] Fastest-Growing Language in USA.” In case you weren’t aware, the first sentence of the article reminds us that Arabic is the “language spoken in Muslim countries.”

In the short-term, through immigration, Muslims will indeed be a more visible presence in the U.S. and Europe – especially in Europe, where native populations are not having enough children to replace themselves. And the number of adherents to Islam will continue to grow.

But in the long-term, argues David Goldman, Muslim civilization is in decline.

In his “Spengler” column for Asia Times and his 2011 book How Civilizations Die, Goldman (a Senior Fellow at the London Center for Policy Research) points out that the Muslim world has a looming population crisis: “Fertility is falling at even faster rates—indeed, at rates never before registered anywhere—in the Muslim world.”

“Islamic society is even more fragile [than Europe]… Iranian women in their twenties who grew up with five or six siblings will bear only one or two children during their lifetimes. Turkey and Algeria are just behind Iran on the way down, and most of the other Muslim countries are catching up quickly. By the middle of this century, the belt of Muslim countries from Morocco to Iran will become as gray as depopulating Europe. The Islamic world will have the same proportion of dependent elderly as the industrial countries—but one-tenth the productivity. A time bomb that cannot be defused is ticking in the Muslim world.”

And when Muslims immigrate to America and European countries, statistics show that they quickly fall into the low fertility patterns common to the Western world.

Historically, Goldman says, there are two possible responses to such a looming crisis of civilization. One is apathy, which is thus far the way being chosen by Europe. The other is extremism: going out in a “blaze of glory.”

The latter is the path being chosen by Muslim extremists. According to Goldman’s thinking, the horrors perpetrated by ISIS are not the actions of a people on the rise; they are the actions of those who have nothing else to lose.