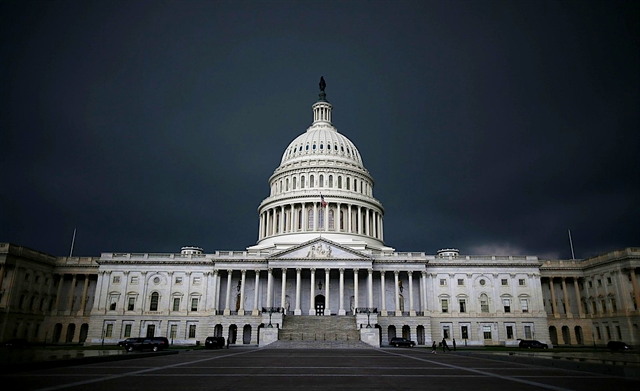 A storm’s coming. A demographic storm.

Today news outlets are reporting that a record 94,610,000 Americans are not in the labor force.

According to the AP, “The proportion of adults either with a job or looking for one is at a 38-year low,” and “employers cut back sharply on hiring in September and added fewer jobs in July and August (142,000) than previously thought.”

That fewer Americans are working is in part the result of a weakening U.S. and global economy. But it’s also the result of something we’ve known has been coming for some time: “the first wave of retirements of the vast baby boom generation.”

As it stands, there are 76 million baby boomers who will retire in the near future, and those baby boomers will require the workforce to pay for some of their benefits.

But according to Paul Taylor, executive vice president at the Pew Research Center, “things are out of balance”:

“Our Social Security and Medicare systems, which, in the public’s mind, have done brilliantly in doing what they set out to do, they were based on the demographics of the 20th century. You had, literally, at the beginning, 150 workers per retiree, by the time all the baby boomers move into taking those programs, we’ll only have two workers per retiree.”

Then there are dependents on the other end of the age spectrum to consider. In his paper “Turn and Face the Strain: Age Demographic Change and the Near Future of American Education,” Dr. Matthew Ladner reports:

“The Millennial generation, a cohort of 80 million people born after 1980 and largely the children of Boomers, has moved into the workforce and started producing children of their own. Census Bureau projections show that youth population growth will occur along with the growth in the elderly population. An increase in the size of the elderly population places a strain on health care and pension systems, while surges in the youth population creates an increased demand for education spending.”

On top of the boomer and youth challenges, let’s add the fact that 52.2 million people (21.3% of the population) currently receives “means-tested government assistance,” i.e., welfare benefits.

Fun times ahead for those in the workforce who will have to foot the bills.