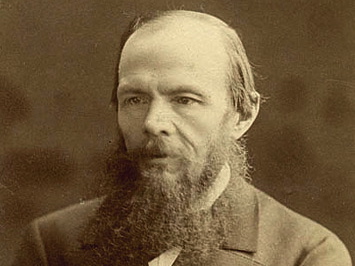 1. “The degree of civilization in a society can be judged by entering its prisons.”

2. “The best definition of man is: a being that goes on two legs and is ungrateful.”

3. “If you were to destroy in mankind the belief in immortality, not only love but every living force maintaining the life of the world would at once be dried up. Moreover, nothing then would be immoral, everything would be lawful, even cannibalism.”

4. “Nothing in this world is harder than speaking the truth, nothing easier than flattery.”

5. “The second half of a man’s life is made up of nothing but the habits he has acquired during the first half.”

6. “Pain and suffering are always inevitable for a large intelligence and a deep heart. The really great men must, I think, have great sadness on Earth.”

7. “Inventors and geniuses have almost always been looked on as no better than fools at the beginning of their career, and very frequently at the end of it also.”

8. “Socialism is nothing other than the compulsory unity of humanity.”

9. “The cleverest of all, in my opinion, is the man who calls himself a fool at least once a month.”