12 Gore Vidal Quotes to Prepare You for Election Season 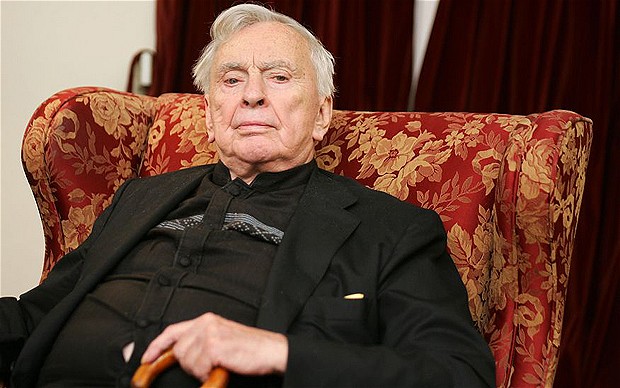 From the prolific writer (1925-2012) and perceptive critic of American politics:

1. “By the time a man gets to be presidential material, he’s been bought ten times over.”

2. “Happily for the busy lunatics who rule over us, we are permanently the United States of Amnesia. We learn nothing because we remember nothing.”

3. “To be perfect for television is all a President has to be these days.”

4. “The genius of our ruling class is that it has kept a majority of the people from ever questioning the inequity of a system where most people drudge along, paying heavy taxes for which they get nothing in return.”

5. “The United States was founded by the brightest people in the country — and we haven’t seen them since.”

6. “Apparently, a democracy is a place where numerous elections are held at great cost without issues and with interchangeable candidates.”

7. “Half the American people never read a newspaper. Half never vote for President — the same half?”

8. “Congress no longer declares war or makes budgets. So that’s the end of the constitution as a working machine.”

9. “Any individual who is able to raise $25 million to be considered presidential is not going to be much use to the people at large. He will represent oil, or aerospace, or banking, or whatever moneyed entities are paying for him. Certainly he will never represent the people of the country, and they know it. Hence, the sense of despair throughout the land as incomes fall, businesses fail and there is no redress.”

10. “You know, I’ve been around the ruling class all my life, and I’ve been quite aware of their total contempt for the people of the country.”

11. “Once a country is habituated to liars, it takes generations to bring the truth back.”

12. “As societies grow decadent, the language grows decadent, too. Words are used to disguise, not to illuminate, action: you liberate a city by destroying it. Words are to confuse, so that at election time people will solemnly vote against their own interests.”