10 Reasons the U.S. is Declining 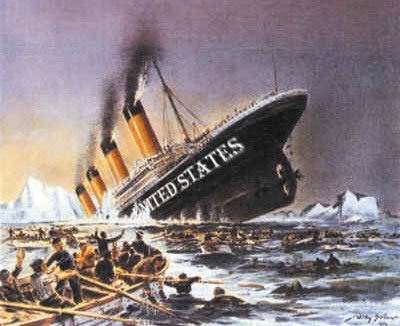 Is America in decline?

That’s the position of Drs. Hershey Friedman of the City University of New York and Sarah Hertz of Empire State College.

In their paper – “Is the United States Still the Best Country in the World? Think Again” – the authors argue that America’s ranking in the following 10 key areas show that its status as a world power is slipping.

1) Percentage of People Living Below the Poverty Line

Among those with a lower poverty rate: Taiwan, Lithuania, China, Vietnam.

Among those with a lower % of children living in poverty: Australia, Canada, Japan.

Only countries who are worse: Chile, Mexico, Turkey.

Among those who best us: Australia, Canada, Qatar, and Taiwan.

Among those who best us: Denmark, Israel, and Panama.

Among those who best us: Qatar, Singapore, and Switzerland.

7. Education (based on the international PISA test of 15 year-olds)

Among those who best us: Singapore, Spain, Greece, Cuba.

Among those who best us: Norway, Netherlands, United Kingdom, Austria.

“It is hoped that examination of the above statistics will make people aware of how much needs to be done if the United States wants to remain a world power. The first step, however, is to admit that change is needed. Americans are the most charitable people in the world so it should not be that difficult to convince them of the importance of providing jobs and livable wages to those that desire to be self-sufficient. To simply state that America is exceptional – there has been a growing debate between those that believe American is in decline (declinism) and those that feel American is special (exceptionalism) – and nothing needs to be done will ensure that we will become a second-rate power.”