Philosopher: Why a ‘Secular Society’ is Doomed 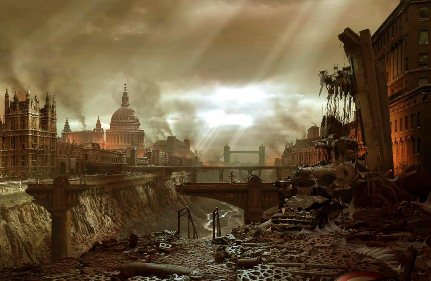 It’s taken as a given that the Western world today is a more “secular society.” But though the term “secular” is frequently thrown around, not many people have a clear idea of what it means.

Probably the most common meaning associated with “secular” is “non-religious,” i.e., those who either don’t believe in God or don’t attend religious services. Those who understand the term in this manner tend to point to the decline in church attendance as evidence that Westerners live in a secular society.

But some apply the term secular to certain people who may happen to periodically, or even frequently, attend church. These may or may not include people who consistently adhere to the teachings of their religious creeds. This use of secular tends to be applied for those who see religion as merely one part (though it might be a very important part) of their lives, rather than as the central lens through which they view the world. This is the sense in which Alexander Schmemann uses it in his essay “Worship in a Secular Age,” in which he identifies man as fundamentally a “worshipping being,” and secularism as the denial of this identity.

Some also use the term “secular” as a synonym of “neutral.” Thus, the public schools are sometimes called “secular” both to distinguish them from religious schools and make a point about the supposedly rationalist basis of their values. We’ll let you decide whether or not this sense of “secular” is truly synonymous with “neutral.”

And finally, a couple of years ago, I came across a different and rather interesting understanding of secular in an essay by Rémi Brague titled “The Impossibility of Secular Society.” Brague points out that the term secular comes from the Latin word saeculum which, among other meanings, was used to designate a period of 100 years. This length of time, writes Brague, is also “the temporal limit of living memory”:

“It is the halo of possible experience that surrounds the life of the individual. I can keep a remembrance of my grandparents and, more seldom, of my great-grandparents. What my grandfather told me I can tell my grandchildren. I can reach back two generations and forward two, but rarely more, to a period spanning what amounts to a century.”

A period of 100 years is also, Brague writes, the length of time that a single person can reasonably care about:

“I very well can, nay, should think about the future situation of my children, of my grandchildren, possibly of my great-grandchildren. But I can’t care in anything but a highly abstract way about the generations that will come after them.”

Brague then gives the following definition of a secular person:

Used in this sense, Brague posits that a “secular society” is impossible because such a “society” cannot really survive for very long. A true society must look far into the future, and strenuously defend those values that will ensure a people’s survival for posterity. “No society will endure,” he writes, “if some people do not look farther than one century, beyond what the individual can experience.”

In Brague’s sense of the term, do you think America is a “secular” society?