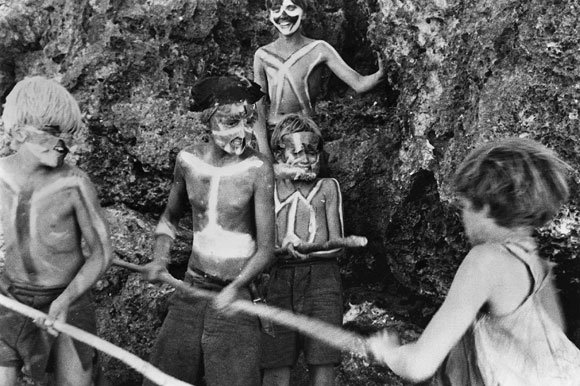 In an effort to spread tolerance, the new PC culture is becoming increasingly intolerable.

Joe Keohane effectively skewers this culture in a satirical piece for the New Yorker entitled “Politically Correct ‘Lord of the Flies.’” In the piece, Keohane recreates a scene on the beach from the famous William Golding novel, but this time, with language that you might find on modern college campuses.

Here are a couple of gems from the piece:

Ralph explained, “We need to have ‘hands up,’ like at school. Then I’ll pass the conch.”

“That’s what this shell’s called,” Ralph said. “I’ll give the conch to the next person to speak. He can hold it while he’s speaking. And he won’t be interrupted, except by me.”

“Just because we’re stranded doesn’t give you the right to use non-inclusive language,” Jack said.

The littluns muttered in assent.

“He or she,” a littlun cried, “imposes a binary view of sexuality that excludes the gender-non-conforming.”

“O.K.,” Ralph said. “During assembly, any person who holds the conch—”

“It’s a fair point,” Roger said. “Can we even call Piggy Piggy?”

“I suppose it depends,” Jack said. “Is it glandular?”

“Are there oppressive or systemic social factors involved? Are you poor?”

Roger whispered to Jack, “You’re supposed to say, Are you experiencing poverty?”

“Right. Are you experiencing poverty, Piggy?”

Jack went on, “But were you when you became … a person of size?”

“Then sucks to you, Fatty.”

You can read the entire piece here.